Some American farmers suffering under the weight of the U.S.-China trade war are trying to mitigate losses by turning to the latest craze in cash crops: hemp.

That’s according to John Boyd Jr., a soybean grower in Virginia who’s also founder of the National Black Farmers Association. Boyd has planted about 100 acres of hemp this year to deal with the fallout of the trade dispute that saw China cut its buying of American agriculture imports by more than half in 2018. Purchases have continued to drop in 2019.

“We’re trying our hand at hemp for the first time,” Boyd said in an interview on Bloomberg Television with Alix Steel. “I’m taking a big risk there, and I know some other farmers are doing that as well.”

Hemp, weed’s more sober cousin, has become prized for its concentration of cannabidiol, or CBD, a nonpsychoactive cannabis ingredient at the center of a wellness trend sweeping the U.S. and expanding worldwide. Congress legalized CBD in the U.S. last year, prompting investors to pour money into the industry and catching the attention of farmers.

American farmers, beset by one blow after another, have been desperate to find ways to shore up incomes. Years of overproduction were already keeping soybean, corn and wheat prices low, then President Donald Trump’s trade war with China exacerbated the pain.

While it’s difficult to break out of traditional crop rotations that help keep soils fertile, some producers have started planting fields with peas, hemp and other alternatives that aren’t as reliant on exports.

Meanwhile, the Trump administration announced two rounds of farm aid totaling about $28 billion to help soften the blow of Chinese tariffs, and the president has hinted he’s prepared to deliver more.

Farmers of course welcome any relief, but many have said they’d rather have trade flows restored than receive aid payments.

“We need a fair market — a fair market price,” Boyd said. “The best way to do that is to open up the trade barriers between the U.S. and China.” 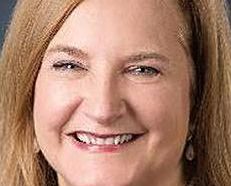