The South Dakota House this week approved a proposal to legalize and regulate the growth, processing and transportation of industrial hemp in the state. South Dakota Farmers Union supports the measure that’s been sent to the Senate. Farmers Union President Doug Sombke says finding the $3.5 million needed for the program is still being worked out by lawmakers. He expects some of the cost of it to come from fees. He also says once its approved, growers need to proceed slowly.

He believes there is great potential for industrial hemp in South Dakota and that the state needs to catch up with Minnesota and other states who have already progressed with the crop.

Sombke says South Dakota’s legislators and the Governor have been working together to find a way to make the hemp program work and discussions are going better this year than last year when hemp was approved and then vetoed by the Governor.

If the Senate passes the hemp legislation and the Governor signs it, it could go into effect immediately. 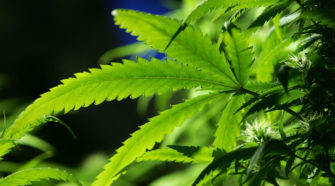