CANTON — Three Haywood families are part of a new venture that will bring industrial hemp manufacturing to Canton.

Gary Hughes, of Hughes Electrical Contracting and WNC Urban Farms, has been setting up a manufacturing lab for Abundant Labs, a $12 million business to be located inside the NEO Corporation building located just off I-40. He will be the plant manager once company opens for business next month.

Chip Miller, the chief executive officer for Abundant Labs, and his wife, Jodi, moved to the Waynesville area a year ago with the idea of purchasing land to raise horses. Instead, the couple is now embarking on a new venture in the white-hot field of extracting cannabidiol from hemp.

Randy Pores, who was living in Lake Junaluska and was thinking about retiring from his natural product sales work, learned of the venture and quickly signed on to head up sales.

Another key figure in the new company include Sam Saunders, a Henderson County attorney who handles venture capital deals and is also an investor.

The company has developed a proprietary technology for processing hemp extracts.

“Abundant Labs, LLC partners developed a plan to bring new technology to the cultivation of hemp,” the company’s news release states. “Abundant Labs provides extraction of the cannabinoids from the cola of the Cannabis Sativa L with genetics high in CBD. The lab takes the extracted product to deliver either a full hemp extract to business for creation or consumer products or isolation of certain cannabinoids to provide higher concentrations of specific molecules.”

The company will start out with 180 employees, but plans to add up to 45 once the business grows.

Abundant Labs will make a high-quality wholesale concentrate that can be used in beverages, food products or in the natural health industry. CBD oil has been found to be beneficial in everything from controlling anxiety or depression to reducing pain to benefitting heart health and acne.

Pores had personal testimonies on the benefits of CBD oil, from helping him recover in record time after donating a kidney to eradicating pain from tennis elbow to helping a bum knee.

“It’s another choice — something to take that doesn’t have all the side effects of prescription drugs,” Pores said. “Based on the explosion of this market, it has to be working.”

Abundant Labs will be a FDA-approved manufacturer that uses the government-accepted practices for batch testing.

“There will be no impurities,” he said. “Safety is really taken care of.”

Industrial hemp is sweeping the nation, with “The Hemp Business Journal” predicting that the market for CBD will grow from $390 million in 2018 to about $1.3 billion by 2022.

In addressing a group of economic development and government leaders assembled at BearWaters Brewing Monday afternoon, Miller said the Abundant Labs business venture was hatched about two years ago when a group met to discuss the industrial hemp business and how to vertically integrate a process, from production to sales.

“If anyone tells you they are an expert in this field, run quickly,” Miller told the crowd, “because nobody is an expert.”

Logistics played a large factor in the Abundant Labs decision to locate in Canton, Miller explained. It is centrally positioned amidst hemp production states such as Tennessee, the Carolinas, Virginia — and a big plus is that its outside hurricane country.

Miller spoke of a conversation with his new friend at Bearwaters who told him he couldn’t find a better place with a better workforce. Once the decision was made, a lease was signed within hours to occupy three fourths of the NEO Corporation building, Miller said, and equipment from across the world is on its way to Canton.

Art O’Neill confirmed he was the BearWaters friend who spoke to Miller about the many benefits of being in Canton.

“Whether it’s real or perceived, Canton is on the move again and there’s a feeling of hope,” he said. “I was talking to him about the heart of the people of Canton who are just incredible.”

Canton Mayor Zeb Smathers said the community’s location near the interstate, plus its developing downtown area, makes it uniquely suited for growth.

“A new coffee shop opened this morning and this afternoon, we welcomed a $12 million business that will eventually employ up to 45 people,” he said. “Canton has the unique ability to attract small businesses and major economic growth. We are one of the few place that can do both.”

After the formal presentation where Chamber of Commerce and government leaders welcomed the new business, Saunders said in an interview that a number of locations were considered prior to settling on Canton, including sites in Tennessee, Kentucky and within the state.

North Carolina is one of the easier states for growers to get into hemp production, Saunders said, because a license can be issued to anyone meeting farm income guidelines and providing the GPS coordinates of their farm. A state hemp growing license gives regulators the right to come on the farm and test the hemp crop at any time. If the THC content exceeds the threshold, regulators have a right to destroy the crop, Saunders said.

“Hemp seeds have been genetically engineered so they go right up to the limit, but it is relatively simple for a grower to stay below the limit if they are growing it correctly,” Saunders said.

Hughes said the company will need 100,000 pounds of hemp a month to operate the business, and the growers selected will need to follow strict guidelines that include no pesticide use and growing in soils without heavy metals.

The quantities needed in the manufacturing process make it unlikely Haywood County farmers can meet the market’s needs, Hughes said.

While the announcement was made Monday, the county’s economic development team has been working closely with Abundant Labs to bring the firm to Haywood for the past several months.

It is the first big economic development news for Haywood since a partnership was formed in late 2017 with the Asheville Area of Chamber of Commerce to market and promote Haywood County development sites and court new businesses.

Next Five Questions with Morris Beegle, Founder of the Colorado Hemp Company - Forbes 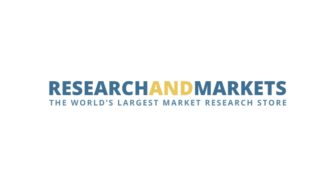