Since 1999, after intense lobbying from unions representing French farmers, the THC limit for European hemp has been capped at 0.2%. Yet two decades hence, that standard is being blamed for negatively impacting the viability of the European hemp industry. For instance, adoption of the 0.2% limit reduced both the number of hemp strains listed in the official European Union (EU) plant variety catalogue, and the number of strains which European farmers can cultivate (as of November 2019, the catalogue contained 72 hemp strains).

By definition, reducing the number of strains limits hemp farmers’ choices in selecting strains suitable for their local environments. It also weakens the gene pool: After 20 years’ cultivation from a limited selection, farmers fear that they will need to increase their use of pesticides or fertilizers to compensate, a negative outcome and impact on the environment that might be avoided were the maximum THC level increased. A major advantage of hemp as a crop is that it does not rely on pesticides or fertilizers to scale for commercial cultivation.

As the European Industrial Hemp Association (EIHA) pointed out in a policy paper about Common Agricultural Policy (CAP) reform, from 1976 to 1999 hemp producers were permitted to plant seeds with a concentration of 0.3% THC. Since then, a 0.3% THC limit for industrial hemp has been adopted internationally.

“EIHA want European farmers to be able to cultivate hemp with up to 0.3% THC so they can compete with competition from Canada, USA, China, and Japan,” explained Lorenza Romanese, the agency’s managing director. “In Italy, farmers grow hemp with up to 0.6% THC [and] consumers are not getting high from this as a result. The only outcome is that Italian farmers are not getting the CAP subsidies that their counterparts in other EU states are receiving.”

Challenging the 0.3% standard, two organizations representing Italian farmers propose raising it, explained Roberta Papili, manager of climate and energy for Confagricoltura, the General Confederation of Italian Agriculture. “Confagricoltura advocates increasing THC levels to at least 0.5%, so we consider 0.3% THC level a good start,” she explained, especially since “the increase in the THC level allows the EU hemp farmers to align themselves with international standards (in Switzerland, the U.S., Canada, and Asia, limits can vary from 0.3% to 1.0%) and offset the competitive disadvantage with other countries.”

“Furthermore, we believe that with the growing market for hemp and hemp derivatives as CBD (for food supplements and nutraceutical products), a higher THC level will boost the sector as it encourages member states to register more varieties in the European catalogue, and that could get funding under the CAP,” Papili added. “Farmers would also be encouraged to engage in more profitable production than fiber.”

Ivan Nardone from the Agribusiness Development and Territory Department of CIA (an Italian farmers association) agreed. “It would be a good thing!,” he said. “In Italy, many local varieties have a higher level of THC, and farmers often have problems with the police. Historic Italian varieties hardly remain below the 0.2% of THC, so it is difficult to improve the hemp supply chain.”

The pretext for the decrease was based on the expectation that it would prevent the cultivation of illicit cannabis in industrial hemp fields. However, the EIHA argues, no evidence has ever been presented to support the measure’s effectiveness. Perhaps more likely, such limits were intended to benefit French farmers who cultivate in climates and conditions more favourable to the fibrous low-THC hemp in which they specialize. A representative of French farmers was contacted for this article but did not respond.

In Switzerland (not an EU member nation) the limit is 1% THC, something that Swiss farmers exploit to their benefit.

If an increase of 0.1% seems insignificant, it is not. Should the European plant variety catalogue include strains with a maximum limit of 0.3% THC, the choice of available strains would significantly widen. It is estimated that the catalogue would increase from six dozen to between 300 and 500 strains, resulting in a widened gene pool producing stronger plants while reducing reliance on pesticides and fertilizers.

Another factor at play is climate change: Increased temperatures tend to increase the levels of THC found in hemp. Should a strain test over 0.3% in consecutive years, it is be removed from the catalogue of permitted seeds, further decreasing the varieties available.

The message gained traction within the European Parliament’s Committee on Agriculture and Rural Development, which in April voted for an increase to 0.3%. Doubting opposition to the recommendation, the next stage toward adoption would be conducted through the European Council, in which member states will vote to determine how the future CAP will be shaped.

The EU’s CAP is intended to be a dynamic policy adaptable to challenges faced by European agriculture, and is currently under revision by EU members to prepare the continent throughout 2021-‘27.

The preceding article is from one of our external contributors. It does not represent the opinion of Benzinga and has not been edited.

Image by chrisbeez from Pixabay 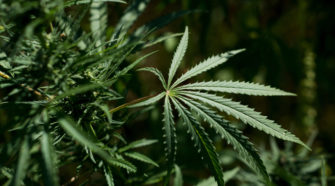