On July 1st, 2019, months after the NYC Department of Health announced a ban on cannabidiol, commonly referred to as CBD, in foods and beverages, the updated New York City Health Code embargoing CBD-infused foods and beverages has officially kicked in.

While some are worried whether or not this ban is indicative of what’s coming in other cities or states, Ian Parker, CEO of Emerald Organic Products Inc. (OTC:EMOR) isn’t worried at all.

In his recent interview on Fox Business‘ Varney & Co. segment, Parker stated his confidence that the FDA will come out to regulate CBD in a logical manner. The FDA’s uncertainty surrounding CBD was the initial cause of New York City’s ban, and there is a high likelihood that further clarification from the Food and Drug Administration supporting its safety and regulating its labeling will also offer a clearer pathway to the NYC CBD market.

According to The Hill, a provision included in the House appropriations package that passed just a few weeks ago set aside funding for Food and Drug Administration to study and set levels of CBD to put in food and drinks.

Chances are, the $100,000 set aside for the FDA to determine a “safe level for conventional foods and dietary supplements containing cannabidiol (CBD),” was not set aside to determine that the safe level is zero. They could’ve done that for free, right?

After all, the FDA allows up to 750 million pus cells per liter of milk, up to 20 maggots per 100 grams of canned mushrooms, up to 1 rodent hair per 100 grams of peanut butter, and so on. If these things are safe, then the FDA shouldn’t have a problem setting a logical threshold for CBD-infused foods and beverages that is far north of 0.

How Long Will the FDA Take?

On his way out, former FDA Commissioned Scott Gotlieb said that it could take the federal government years to properly regulate CBD, but recent pressure from Washington has the FDA moving quicker than that.

Senate Majority Leader Mitch McConnell stated that “Congress’s intent was clear with the passage of the Farm Bill that these products should be legal, and our farmers, producers and manufacturers need clarity as well as a workable pathway forward regarding the agency’s enforcement.”

While the FDA is working to set these thresholds, New York City businesses still have time to figure things out. Even though the rule kicked in on July 1st, violations and fines won’t be issued until October 1st, 2019. And, as always, things are subject to change in a fast-moving city like NYC.

In the meantime, be sure to subscribe to CBD industry updates here so you never miss an important development.

Is it possible to split a Cannabis Oil Distillate syringe? 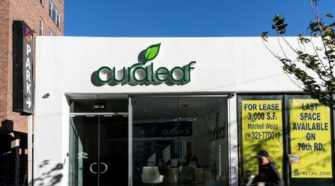