Joining original unsweetened hemp creamer, which was launched in February, the new variants are made with five ingredients, including real hemp cream.

According to Elmhurst, the plant-based creamers are perfect for pouring and stirring into hot and iced coffee and creating light foam for lattes and cappuccinos.

“Given the outpour of positive response to our original unsweetened hemp creamer, we’ve expanded the line with approachable and trending options that offer a rich experience in creaminess and taste,” said Peter Truby, vice president of marketing at Elmhurst 1925.

“These new flavours offer a heightened taste experience while delivering the same benefits of the original unsweetened hemp creamer.”

The vegan and gluten-free creamers are made without added gums, emulsifiers, carrageenan or oils. Like all Elmhurst products, hemp creamers are crafted through the firm’s HydroRelease method – a process that separates the components of a nut, grain or seed before reassembling them as a creamy, beverage-ready emulsion.

Next NPD trend tracker: From hemp 'super bars' to sharing boards brought to you by Deliveroo - FoodNavigator.com 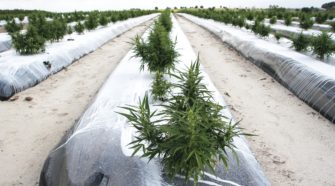 Commercial hemp around the corner in Florida – The Ledger