Cannabis use is increasing and will only further escalate with legalization of recreational and medical cannabis use in western countries , with a prevalence greater than 30 % in the US and most European countries for individuals between 16 and 24 years of age. Approximately 9 % of those who use cannabis will become addicted. The number goes up to about 1 in 6 among those who start using cannabis as teenagers and to 25 to 50 % among those who smoke cannabis daily. The consequences of cannabis abuse in the most prone population (14-25 years of age) are extremely serious, and may include addiction, altered brain development, poorer educational outcomes, cognitive impairment, lower income, greater welfare dependence, unemployment and lower relationship and life satisfaction. There are no available pharmacological treatments of cannabis use disorder (CUD). Thus, the development of safe and effective medications for the treatment of CUD is an urgent public health priority.

The preclinical efficacy and available ADMET in animal and human data suggest that AEF0117, an investigational new study drug, could constitute a very efficacious and safe treatment for cannabis abuse disorders. The purpose of this research is to study how AEF0117 influences the subjective effects of cannabis in subjects with CUD. AEF0117 acts in the same parts of the brain as THC, the active ingredient of marijuana, and may temporarily alter some of cannabis’s effects.

This will be a single center study in healthy male and non-pregnant female, non-treatment seeking, cannabis smoking subjects with cannabis use disorder (CUD). The study design will be a randomized, double-blind, placebo-controlled, cross-over design, multiple dose escalation study with AEF0117. This study is designed to test the effects of two to four doses of AEF0117 compared to placebo on primarily peak subjective effects of cannabis as primary objectives. The secondary objectives are to test the effects of AEF0117 compared to placebo on cannabis self-administration, on cannabis-induced analgesia and on cognitive performance in cannabis smoking subjects. The study hypothesis is that AEF0117 will decrease ratings of cannabis’ positive subject effects (e.g., ‘good drug effect’, high) and decrease cannabis self-administration compared to placebo and also decrease the other unconditioned effects of cannabis studied here. Each subject will have a screening visit, then be included for two 6-day inpatient periods separated by a minimum 14-day outpatient washout. Subjects will be advised that they will receive both active and placebo study medication but will remain blinded to whether they will receive AEF0117 or placebo on Period A and Period B. Each period is composed of 5 consecutive days of treatment (active or placebo), one administration per day. Research staff that interacts with study subjects will also remain blinded to whether subjects are receiving AEF0117 or placebo. The study duration for the first 3 doses of AEF0117 is estimated to be approximately up to 10 months from the start of subject recruitment to the last subject last visit. 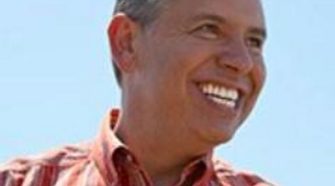