Back in the late 1980s and 1990s when it became painfully clear to Virginia’s tobacco farmers that the future of the commonwealth’s cash crop was not too bright, everyone was casting about for a new crop to raise that could replace the dollars tobacco generated.

In 1619, it was caskheads of tobacco sent back to England that saved the foundering colony, which had been trying to find some way to make the venture profitable for the Virginia Company and its backers in London. Tobacco provided the cash needed to keep the colony going, and the rest is history. But by the late 20th century, the health dangers of smoking and the lies of Big Tobacco about those dangers had dealt tobacco farmers a mortal blow.

The thing is, tobacco was a fairly easy crop to grow that provided huge per-acreage payoffs. What crop could farmers in Southside and Southwest Virginia grow that would replace those revenues? For a while, the Virginia Tech Extension Service was even promoting the idea of former tobacco farmers turning to broccoli as the next cash crop.

For the past 20 years or so, former tobacco farmers have been in search of some crop that could — emphasis on could — re-create the heady glory days when tobacco was king. With the passage of the 2018 Farm Bill, one long-illegal product with great potential has burst onto the national agricultural stage: industrial hemp.

Because the hemp and marijuana plants both derive from the same species, hemp production has been illegal in the United States since the passage of the Marihuana Act of 1937. In an instant, an industry that dated back to the early days of the nation — George Washington was one of the largest growers of hemp in his day — vanished.

The variety of uses for industrial hemp is simply mind-boggling: a food product, clothing, shoes, building materials (fiber boards, insulation and building blocks, for example), high-tech composite materials and biofuels. These are just a few uses.

In Pittsylvania County, once the heart of Virginia’s flue-cured tobacco-growing region, there are more than 16 acres of industrial hemp under cultivation and waiting to be harvested. The Institute for Advanced Learning and Research (IALR) in Danville is working with the 120 or so growers in the region by hosting seminars and providing a local testing center for the industry.

Efforts in Southside are focused on producing plants with a high concentration of cannabidiol, or CBD, which is used mainly for pain relief. Testing of the plants is critical as concentration of the main ingredient is limited by law to 0.3% — hence, the importance of the IALR’s testing facilities.

The industry, both nationwide and in Virginia, is in its infancy. There are concerns about oversupply and the infrastructure needed to bring hemp to the market. There’s also a learning curve for farmers and for regulatory agencies writing the rules to ensure quality control. The potential, however, is tremendous. Might it be enough to save rural Virginia’s farms? That’s yet to be determined.

Next Is It Legal: Hemp and CBD products - FOX 9 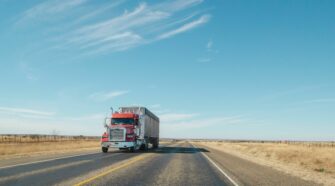