PORTLAND, Ore.–(BUSINESS WIRE)–Eastside Distilling, Inc. (NASDAQ: EAST) today announced the pre-sampling by its subsidiary Outlandish Beverages, LLC, of a new product line for the cannabidiol (CBD) beverage market. The Company’s go-to-market plan is designed to take advantage of Oregon’s pioneering legalization of CBD, and offer aggressively in Oregon as a test market, pending a national launch. The timing of any potential national launch is dependent on the US FDA’s regulation of CBD products in interstate commerce. The full line of Outlandish CBD beverages, the first of which is a seltzer, will initially be available in the state of Oregon which legalized CBD in 2014. The Company believes that Outlandish will be the first CBD beverage produced in a 187 ml slim line can.

The fanciful product branding, created by Sandstrom Partners, reflects Eastside’s continuing collaboration with Sandstrom. In conjunction with the Oregon launch, Eastside has formed Outlandish Beverages, LLC and will commence initial production runs of 187 ml (6 oz cans). To comply with federal regulation, production will be separate from Eastside’s alcohol production and federally bonded space. Hemp CBD is regulated by the Oregon Department of Agriculture, Eastside’s home state. Eastside expects Oregonians will begin to see cans on shelves at bars and restaurants during the second quarter.

The Outlandish lineup of ready-to-drink (RTD) cans will initially include three primary products: a seltzer-based, a ginger-based, and a quinine-based tonic. Further line extensions are planned. Outlandish beverages, formulated by Eastside’s award-winning master distiller, Mel Heim, will include up to 25 milligrams of CBD. Outlandish CBD beverages can be used as a component in uniquely designed drinks limited only by imagination or consumed entirely on their own.

Steve Shum, CEO of Eastside Distilling, said, “In Oregon, hemp CBD beverages of all sorts have proliferated and are widely accepted by consumers. We formed Outlandish Beverages, LLC an Oregon LLC to make and sell hemp derived products that don’t have alcohol and that are outlandishly different than what we currently see in the marketplace. We see this as a logical extension of our beverage business as we further leverage our production and distribution infrastructure in bringing Sandstrom branded Outlandish products to market.”

Robert Manfredonia, President of Eastside, added, “We want to take advantage of our location in Portland to enter this potentially large market through the currently open Oregon market while taking precautions to ensure we are conservative in meeting state and federal regulations in launching Outlandish. We are uniquely positioned to do so as an Oregon company. We are in close communication with our distribution partners in 46 other states and will seek a national presence the minute that federal regulators, particularly the FDA, establish clear rules for interstate sales. We are excited to be launching this new opportunity for Eastside as I believe our early-mover advantage will pay dividends for the company for years to come.”

Mr. Shum concluded, “Although the Outlandish line is designed to go to our natural customer base in the hospitality industry, we are keen to entertain partnerships with an established player in the cannabis and hemp space, where we can bring to the table our skill in beverage development and our knowledge of branding.”

Outlandish LLC makes no claims to health benefits of CBD. We encourage all our customers to do research of their own.

Certain matters discussed in this press release may be forward-looking statements, including those related to: plans for distributing, and the success of, the Outlandish products; adding additional product lines and product launches; actions or positions of the FDA; the regulatory environment for CBD; consumer acceptance of CBD; and the potential for the Company‘s products. Such matters involve risks and uncertainties that may cause actual results to differ materially, including the following: Actions or positions the FDA or other regulators may take in conflict with our product launch and plans; unanticipated enforcement action; lack of acceptance of the Company’s products by consumers; failure of the CBD market to grow; changes in regulations; lack of regulatory approval of CBD on a nationwide basis; the Company’s success in product development; the Company’s ability to execute its plans; and all the risks and related information described from time to time in the Company’s filings with the Securities and Exchange Commission (“SEC”). 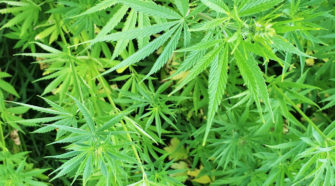