Vote Hemp, a national advocacy organization, estimates U.S. farmers planted 230,000 acres of hemp this year but will harvest only 50 percent to 60 percent of that because of crop failure or other cultivation issues.

The volume, regardless, is almost a four-fold increase over 2018 and is projected to continue to climb for the foreseeable future as more supporting infrastructure, particularly for extraction of CBD oil, comes online.

“Now that we have lifted the federal prohibition on hemp farming, it’s time to build the infrastructure and expand the cultivation of hemp and the market for hemp products across the country,’’ said Eric Steenstra, Vote Hemp’s president, in releasing the survey last month.

The Brightfield Group, a CBD market research firm, estimated 87 percent of the hemp planted this year was for the purpose of CBD extraction and acknowledged an “undersupply” of processors was affecting prices and sales.

But Brightfield’s analysis predicted the bottleneck would be temporary and projected more and more acreage will be planted to meet a seemingly insatiable demand for CBD products and the desire of financially-stressed farmers to improve their bottom line.

Colorado is currently the cultivation leader with an estimated 48,000 acres. Oregon and Montana aren’t far behind.

New York, according to the state Department of Agriculture and Markets, is growing an estimated 18,000 acres this year – versus 3,500 last year. Hudson Valley farmers, primarily in Orange and Ulster counties, planted about 1,500 acres this year. 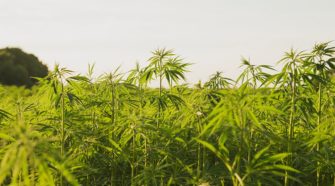