The Secretary for the Department of Public Safety says transporting hemp across South Dakota is legal if drivers are moving a crop under a license issued in a state approved by the US Department of Ag.

That came up last week during a summer study committee on hemp, after Secretary Craig Price said highway patrol arrested a Colorado man who says he was transporting hemp to Minnesota.

Price says they’re having discussions on how to handle interstate commerce and industrial hemp.

“If officers and troopers come across traffic stops where they smell marijuana, hemp, of course, the ones that are doing it legally are hopefully going to have their required paper work,” Price says. “there’s going to be a lot of questions that are asked, a lot of verification that goes on, to make sure that what they’re transporting is legally allowable.”

Hemp must be under point three percent THC, which is the intoxicant compound found in cannabis.

Currently, the state Public Health Laboratory can test for the presence of THC in plant material.

However, a spokesperson for the department says the lab does not have the capability to test for the amount of THC present.

Robert Herzberg is the Colorado man who says he was delivering hemp. According to police reports, Herzberg had roughly 292 pounds of raw marijuana. He’s accused of intending to distribute marijuana and possessing more than 10 pounds of the drug. His attorney says state law enforcement is not complying with federal law.

The Jackson County State’s Attorney declined to comment due to the ongoing investigation.

Next CSU economist: Hemp has potential but many hurdles, too - Journal Advocate 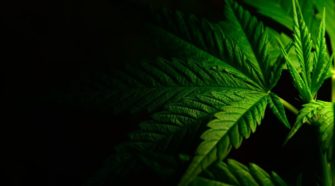