Doug Fine was a goat rancher moonlighting as an author less than ten years ago, living in New Mexico with his family while working on Too High to Fail, one of several books he’s written about cannabis, when his neighbor was raided by police for growing weed. Frustrated by the way law enforcement treated cannabis, Fine started researching weed’s non-intoxicating sibling, hemp, as he began writing Hemp Bound, a 2014 book about America’s history with the plant.

Fine loved hemp so much that after writing about it, he decided to grow it himself, and he’s now a full-blown hemp farmer and product maker — a journey he documents in his upcoming book, American Hemp Farmer. The cultivating scribe will appear at Denver’s NoCo Hemp Expo on March 28 to talk about his new book (on sale April 25) and his farming experiences; we caught up with him to get a sneak preview.

Westword: You wrote Hemp Bound in 2014, right at the beginning of this modern farming revolution. What originally drew you into hemp?

Doug Fine: In 2011, a neighbor in my remote New Mexico valley, a retiree, was raided for a few cannabis plants in a massive multi-agency waste of taxpayer money (the neighbor is a totally legal cultivator today). This raid, complete with air backup, is something our kids will look back on in astonishment: It brought automatic weapons and other dangers to my family, way too close to home on our solar-powered goat ranch.

Rather than complaining about what everyone knew (namely, that the war on cannabis was our wonderful country’s worst and most expensive policy since segregation), I decided to investigate the alternatives. Prior to the first wave of legalizations (including Colorado’s), I spent a year researching and writing a book called Too High to Fail. It’s about the pioneering efforts of regenerative, locally legal cannabis cultivators in northern California to come aboveground. Some of these farmers were making plans to pool their processing efforts. And in so doing, they pointed out to me that ganja farming only utilized the flower (and sometimes leaves) of the plant.

What about the fiber? What about the superfood that is the seed? This spurred me to do another couple of years of research, from Canada to the Netherlands, into the full potential of the cannabis/hemp plant. That resulted in the book Hemp Bound. It was a right-place, right-time situation. That book came out the same month as the initial federal research legalization of hemp in 2014. It’s a high-altitude blueprint for making use of all sides of the hemp plant. The new book, American Hemp Farmer, is a practical guide for farmer/entrepreneurs to enter the burgeoning hemp industry regeneratively — with a win-win mindset for bottom-line, rural community economies, and the planet. It is about having a long-term, regionally based game plan, and its blueprint is what you might call the opposite of a get-rich-quick scheme.

How and when was hemp made illegal? Did it happen when cannabis was outlawed, or is hemp’s story with the feds more complicated than that?

Embedded in this discussion is the reality that cannabis/hemp is one plant. For 8,000 years, no one worried about THC levels. No one knew what THC was until 1964. You grew the plant to meet your needs, whether it was sandals, roofing, superfood or party favors. Fast-forward eight millennia, when alcohol prohibition’s final federal administrator, seeing the writing on the wall, needed a new target to keep his agency’s staff employed. Through a media campaign that helped sell Hearst and other papers (and movies) via sensationalism, one of humanity’s favorite and longest-utilized plants was demonized.

As I point out in American Hemp Farmer, even at the time (the 1930s), this outraged the executives at the Sherwin-Williams Paint Company, who needed (and still need) hemp-seed oil for maximum performance in their industrial products. Indeed, one terrific big-picture benefit of hemp’s re-emergence is the opportunity to return to a cleaner, bio-materials-based industrial pipeline. When it comes to whether hemp was made illegal, it is indeed a complicated story (it actually required a federal tax stamp to cultivate, which for certain periods of the 77-year-long prohibition was easy to get, particularly when the nation needed hemp for the World War II effort). For our purposes today, there are a couple of important elements that remain in this weird, temporary split with a key plant kingdom ally: “Hemp” was only defined as it is today (0.3 percent THC, and that definition will be changing soon) in a 1976 Canadian paper. It is, even the paper’s author declare, an arbitrary level, and it is a wrong one. Cannabis, for 8,000 years, has been one plant, and must be considered as such again. THC should only matter at the retail level. The burden should be completely off the farmer. Fortunately, from a policy perspective, this is easy: It means returning cannabis/hemp to how it has been thought of for those 8,000 years until 1976 — namely, [that] one day soon there will be no federal delineation/definition of hemp; there will just be cannabis.

Your earlier book, Hemp Bound, covered our country’s relationship with hemp, while your new one, American Hemp Farmer, dives more into your own experiences with farming the plant. How would you compare what the two journeys taught you?

The first lesson for me is that regenerative farming of any kind, let alone a plant as nice-smelling as hemp (what we’re smelling is the terpenes, which are a valuable market in themselves) is about the most fun you can have outside the bedroom. The second lesson is that the value-added marketing of that crop, which is pretty much essential for all but the largest acreage heartland farmers, is not as much fun. Or, at least, it is a super-long process that all but eliminates the “off season” that farmers used to enjoy. The good news for farmers is that now they have an opportunity to benefit from final sale price of their harvest rather than saving as wage serfs for wholesalers or public corporations. The best things a customer can do are 1) know your farmer, and 2) support organic, regenerative, regionally based farmers and their products.

How have you seen the hemp landscape change from 2014 — when only a few states were just launching their hemp programs — to now, with the vast majority of the country allowing hemp farming?

Just one full season after full commercial legalization (and five years after research legalization), hemp has become the fastest agricultural-based industry to reach a billion dollars in annual revenue generated. But that only means something if large numbers of regenerative, independent farmers thrive. Farmers are wise to sidestep the urge to sell their entire harvest to wholesalers who, history has shown in the long run, control prices for their own benefit, leaving farmers out of the profit chain. As my colleague Bill Althouse of the Fort Collins-based Fat Pig Society organic hemp cooperative reminds me, today’s farmers generally get three cents on the retail farm dollar. His goal, which we can achieve by supporting regional, regenerative entities, is farmers receiving 100 cents of the final farm product dollar (after expenses). To manifest this, we simply don’t buy anonymous CBD or hemp-seed oil at a chain drugstore, but rather organic product at our local food co-op or farmers’ market. The win-win is that small-batch, regionally produced hemp is nearly always going to be superior.

Hemp has always been considered a fibrous god, but now so much hemp is grown for CBD. Do you see that trend continuing, growing or waning?

The CBD gold rush is just that: a gold rush. The lesson of every gold rush is that very few prospectors (in this case, farmers) strike it rich. The shovel-makers (in our case, wholesalers, equipment salesmen, outside investors and those types of folks) make the reliable living. An educated customer base is the best advertisement for regenerative, craft hemp. CBD is just one cannabinoid (there are more than 100 known), and flower is just one part of the cannabis/hemp plant’s architecture.

The long-term play that I and others are employing is utilizing more than one part of the plant. My own product includes the flower and the seed components, in the form of hemp-seed oil. And even for those who really like cultivating flower products, my two main suggestions are aim for whole-plant products that are marketed like top-shelf cheese or wine (as opposed to isolating one or another of the fashionable cannabinoids-of-the-moment), and engaging in cultivation, processing and business practices that include the farmers as owner of your enterprise.

We’ve seen the cannabis industry evolve to the point that the activists who helped legalize it are now being silenced or pushed aside as bigger businesses take over. Do you worry about that happening with hemp?

Because we (ideally) live in a free-market society, I’m of the belief that the best way to support independent, regenerative hemp/cannabis farmers is to buy their products. Instead of investing in a cannabis stock (or, to be inclusive, perhaps I can say “in addition to” investing in a cannabis stock), a customer or investor might support a regional superfood or ganja company that engages in terrific, farmer-inclusive policies, profit sharing, and 100-percent regenerative practices from soil preparation through final packaging. Even delivery trucks can be fossil-fuel free. It’s up to us to determine what kind of cannabis/hemp economy — and overall economy — we support.

Hemp is attracting a lot of new farmers with no cultivation experience. What advice would you give to someone who’s just starting out in this?

When cannabis prohibition began in 1937, 30 percent of Americans made their living from farming. Today, 1 percent do. It is not an exaggeration to say that the survival of humanity may depend not just on getting that number back to 30 percent, but on the 29 percent of new (or returning) farming families cultivating regeneratively.

Plus, all farmers must be dialed in to make good livings. This is no sure thing, of course: All entrepreneurialism, let alone in areas dependent on Mother Nature, is risky. It has to be your calling, not just a hobby or a whim (if you want to do it commercially; anyone can and should grow home gardens). Regenerative farming sequesters carbon to help mitigate climate change, but few folks can afford to do this out of the goodness of their hearts. We have to support them with our patronage. I point out in American Hemp Farmer that there is no Dentist Aid. Much as we all love the music, it would be nice not to need a Farm Aid anymore. Here’s a good goal: being a society where ambitious parents can say to their children, “Study and work hard, and someday you might grow up to be a farmer.”

Thomas Mitchell has written about all things cannabis for Westword since 2014, covering sports, real estate and general news along the way for publications such as the Arizona Republic, Inman and Fox Sports. He’s currently the cannabis editor for westword.com.

Next Industrial Hemp Bill Debate Delayed to Next Week - WNAX

Missouri Farmers Can Begin To Grow Industrial Hemp In 2020 – KCUR 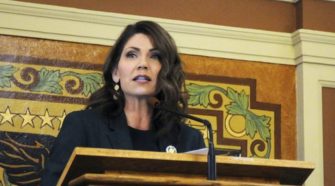