The Flandreau Santee Sioux Tribe has had its plan to grow and cultivate hemp on the reservation approved by the federal government.

SIOUX FALLS | The Flandreau Santee Sioux Tribe’s plan to grow hemp became one of the first in the nation to get federal approval on Friday.

The Department of Agriculture announced that the Santee Sioux were among three tribes and three states to get approval under the 2018 farm bill. Two other tribes in South Dakota — the Oglala Sioux and Yankton Sioux — are still awaiting approval for their plans.

Hemp farmers can start planting next year, but will need to be licensed by the tribe. The hemp must be tested to make sure it stays below the legal limit for THC — the compound that produces a high in marijuana.

You must be logged in to react.Click any reaction to login. 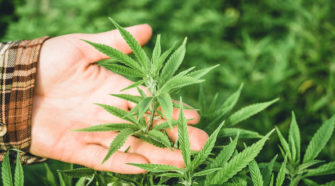