The United States Drug Enforcement and Food and Drug administrations made history recently when, in separate decisions, both agencies approved a marijuana-derived CBD medication,paving the way for the first legal marijuana pharmaceutical since before prohibition. But that medication is for a rare form of epilepsy, leaving the millions of Americans who use CBD for other health reasons out in the cold.

Although clinical testing of CBD is still lagging, consumers have reported that it helps with inflammation, chronic pain, skin disorders, anxiety and other ailments. And one Denver-based company thinks CBD can treat even more: Phoenix Life Sciences International, which manufactures CBD wellness products for sleep aid, muscle relaxation and sports performance, thinks that its hemp-derived CBD medication can treat diabetes – and it’s willing to leave the country to prove it.

Phoenix founder Martin Tindall says that his wife and much of her family suffers from diabetes, which led him to experiment with different CBD and THC combinations with one of her brothers. According to Tindall, his diabetic brother-in-law’s blood sugar levels began to drop after about twenty days of taking high doses of CBD soft gels in the morning and night.

“After forty days, his blood sugar dropped to levels we’d never seen,” Tindall addss. “He went from a blood sugar level of around 180 or 200 to an average of 100, which is a normal, resting level. Now he’s off conventional meds.”

Research detailed in the National Library of Medicine National Institutes of Healthindicates that CBD may help with myocardial dysfunction, cardiac fibrosis, oxidative/nitrative stress, inflammation, cell death and interrelated signaling pathways, as well as high glucose-induced increased reactive oxygen species generation, nuclear factor activation and cell death in primary human cardiomyocytes. Translation: CBD “may have great therapeutic potential in the treatment of diabetic complications, and perhaps other cardiovascular disorders,” according to the study.

After reading about that and several more human trials, Tindall began looking into ways he could release the new medication to the public while getting on track for FDA approval. A native Australian, he saw South Pacific Island nations as testing grounds that could benefit from his drug.

“According to the World Health Organization, the South Pacific region has a high prevalence of diabetes. Out there, they don’t have access to insulin,metforminor other diabetes-related drugs,” he explains. So Phoenix Life Sciences reached out to the government ofVanuatu, a Pacific Island nation of around 265,000 people – over 13 percent of whom are diabetic, according to WHO data from 2016.

Vanuatu recently approved Phoenix Life Sciences for botanical pharmaceutical production and a series of clinical trials, with a national care plan scheduled to roll out after. If all goes well, Tindall will take the data back to America in 2020 in hopes of receiving FDA approval for the medication. But new research suggests that CBD may only be part of the diabetes solution.

While clinical research has shown that CBD’s use in the treatment of diabetes is promising, adding THCV – another cannabinoid with both psychoactive and medical effects – may be even more effective, according to studies. A 2012 study funded by theNational Institute of Alcohol Abuse and Alcoholism found that CBD and THCV “have tremendous therapeutic potential” in treating diabetes, but called for more research into medical products made from the cannabinoids.

The American Journal of Medicine published a study in 2013 that showed current cannabis users (consuming not just CBD, but all the cannabinoids in the plant) had lower insulin levels and smaller waist circumferences than those who didn’t use the plant, while a 2016 study done for the American Diabetes Association found THCV, not CBD, showed promise in reducing blood glucose levels.

“The problem is, most people are taking just 25 milligrams of CBD once a day, and they’re not seeing a blood sugar change,” Tindall says. “But when we ramped the dosage up to 50 milligrams every morning and night, that’s when we saw a consistent change.”

Although he stands by Phoenix’s current CBD medication, Tindall acknowledges there could be benefits to including THCV. However, Phoenix Life Sciences and other companies creating cannabis-derived medications are barred from selling products with THCV, because it’s a form of THC, the main (and federally illegal) psychoactive component found in cannabis.

“Using the full-spectrum extract with all of the cannabinoids and terpenes – not just the CBD isolate – that’s what sets it apart,” he adds. “We believe in the whole-plant extract. Once we’re able to get a full, consistent plant stock, and start including THCV, I think we could do much more.”

Next The Unlikely Nostalgia of Cheech and Chong 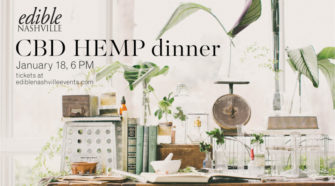