VerticalCo.legally cultivates, extracts and distributes cannabis and cannabis-related products in Arizona, Oregon and California. On a growth path, the company recently hired three directors which, combined, have more than 40 years experience in consumer packaged goods, beer, wine and spirits: Jevon Lake will serve as Vice President of Sales; Nelson Giacommeto and Kevin Henry will serve as Directors of Brand Management.

It seems likely moredefections willhit the newswires-meanwhile, there’s the giant Constellation Brands, Inc. (CB), which may one day prove to be the largest defector of all from alcohol to cannabis .

Along with other U.S, beverage alcohol companies, (CB) has already taken a major interest in cannabis north of the border, to the tune of a $4 billion stake. Recent developments started me wondering whether or notCB’s latest attempts to off major beverage alcohol brands might indicate a change in direction leaningtoward acannabis future. Don’t put it past the company: from its beginning in the 1940s as Canandaigua Industries (CI) to its present conglomerate force, CB has proven the power of the old saying, “luck is what happens when preparation meets opportunity.”

Just two years after its start, Marvin Sands led hisrelatively small company based in California from one that sold bulk wine in wooden barrels headed for the East Coast market to acompetitive wine producer based in Canandaigua, New York. The first of the company’s acquisitions, a wine company in North Carolina in the 1950s, was followed by the success of its bronze Muscadine wine, Scuppernong. Then, in 1954CIintroduced Richards Wild Irish Rose, produced in Virginia-a “back pocket” sweet fortified product with grapes as its base ingredient. CIwas on apath to growth, with more acquisitions into the 1970s, which was when Sands took the company public.

In the 1970s, the company’sextremely successful J. Roget sparkling wine brand joined Richards Wild Irish Rose; then, in the 1980s the advent of a completely new product provided the opportunity Marvin Sands wasready to meet. Referred to as a “wine cooler,” the fizzy, sweet concoction had been introduced in 1981 by a company named California Cooler. When Sands could not persuade the California company to join forces with Canandaigua inan East Coast-West Coast union to corner the new category, he created his own brand, Sun Country Wine Cooler. As a category, the wine cooler made a strong monetary splash before it lost its effervescence in the marketplace when, to face a Reagan-era tax increase, the wine part of the cooler was replaced by malt liquor. By then, however, Sun Country helped lay the foundation for what is today the giant CB worth more than $40 billion.

The list of 125 CB-owned or distributed brands includes wine, beer and spirits, and, as has been reported,a foray into legal cannabis in Canada–maybe that foray hassomething to do with aReuters reportthat CB has hiredinvestment banker Goldman Sachs to explore the sale of its Corona and Model beer brands, worth about $3 billion.

Beer may not be the only beverage alcohol CB will shed. According to the Reuters report, in the twelve months between February 2017-2018 “wine accounted for 38.6 percent of Constellation’s consolidated net sales of $7.6 billion.” That sales figure represented about half of net sales just two years prior. Hence, CB may be looking at the possible sale of some wine brands: Clos du Bois, Mark West, Arbor Mist and Cooks. It appears the company woulddivest itself of lower end brands, a category for which some wine industry analysts have predicted a grim future.

Certainly, the future for cannabis appears bright, and maybe its habit of preparedness and acquisition sets CB in position for a major shift in its business interests; then again, several days ago the company announced that Marvin Sands’ son and the company’s CEO, Rob Sands will step down in March 2019. The new CEO will be William A.Newlands, who now serves as President & COO. Newlands has an incomparable 30-year beverage alcohol track record which includes high level positions at companies with names like Beam, Allied Domecq, Gallo, LVMH, and even Wine.com. I could find no track record that includes cannabis, but he had been Chief Growth Officer at CB in the past.

It wouldn’t surprise me if CB at least half-defects and one day fully acquires Canopy Growth Corp., the Canadian cannabis company in which it holds that $4 billionshare.

Previous Hemp could be big in Minnesota if it overcomes legal hurdles - PostBulletin.com 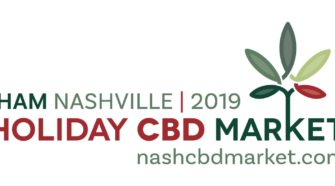