While the cannabis plant has been consumed for over six thousand years, it has until recently been kept in exile from beneficial advances in genetics, biotechnology and the illuminating work of the world’s medical and scientific community. The five hundred and twelve known bio-active compounds in the plant include one hundred and twenty cannabinoids, chemical compounds that bind to receptors in our brain and immune system. While CBN was the first cannabinoid to be isolated at the end of the nineteenth century, cannabinoid research only began after Cannabidiol (CBD) was discovered in 1940 and gathered steam with the 1964 discovery of Tetrahydrocannabinol (THC).

There are three categories of cannabinoids – Endogenous cannabinoids (Endocannabinoids), synthesized by our bodies; Synthetic cannabinoids, created in laboratories; and Phyto-cannabinoids, found in plants. The cannabis plant boasts the highest known concentration of Phyto-cannabinoids and thus the largest cannabinoid impact on our physiological construct. While the benefits of CBD and THC are relatively well understood and advertised, we look beyond this tango to eight additional cannabinoids that are likely to receive particular attention in conjunction with the inevitable decline in isolated CBD excitement.

Nothing About a Caterpillar Says ‘Butterfly.’

Delta-8: A mild psycho-active, Tetrahydrocannabinol works to increase appetite and reduce nausea. As such, it is a useful for patients undergoing chemotherapy or experiencing motion sickness. Market potential is vast, and Delta-8 could prove to be an effective replacement for drugs such as Dramamine and Xanex. Delta-8’s mellowing effects make it an appropriate pre-cursor to yoga and meditation.

CBN: Cannabinol causes drowsiness and reduces anxiety. It is thus useful for insomniacs as well as those just looking for deep sleep. There are attempts to combine it with tryptophan, though more work needs to be done to explore the possibility of an adverse drug to drug interaction. CBN has the potential to make a meaningful dent in Ambien sales and works in combination with Melatonin as a night-time medicine.

THC-A: Tetrahydrocannabinolic acid is a precursor of Tetrahydrocannabinol (THC) and boasts one of the highest contributions to pain relief while proving to be a useful antidote to migraines, menstrual cramps and age-related aches and pains. THC-A has large market potential as it begins to prove itself an effective replacement for Ibuprofen, Midol and opioids such as Oxycontin and Vicodin.

THC-V: Those looking for an energy boost or for appetite suppression will find that Tetrahydrocannabivarinis effective at both with general mood enhancing and uplifting properties. THC-V is thus useful for those on a diet or those looking for overall wellness and can be taken as a breakfast supplement or as a substitute for ‘five-hour energy’. This cannabinoid holds much promise as a replacement for prescription and other weight-loss supplements and for use with diabetics.

CBG: Cannabigerol boasts anti-fungal and anti-microbial properties and is effective when combined with tea-tree oil. Useful for a variety of treatments from burn victims to athlete’s foot, CBG can also be used to treat psoriasis and other skin conditions. CBG is thus an effective replacement for Neosporin, Calendula and other anti-fungal and anti-bacterial medicine.

CBC: Cannabichromene has the potential to become a chemo-preventive agent due to its ability to prevent inflammation as well as tumor growth. Due to the lack of side effects common amongst non-steroidal anti-inflammatory drugs (NSAIDs), CBC also has the potential to address pain and inflammation commonly experienced amongst those affected by collagen-induced osteoarthritis. Studies have shown a powerful and positive effect as a neuroprotector and CBC may one day be used to treat neuro-degenerative diseases such as Alzheimer’s with the added benefit of antidepressant properties.

CBDA: Cannabidiolic Acidshows promise as an anticonvulsant, anti-nausea agent, analgesic and anti-inflammatory. CBDA may also have antibacterial, antioxidant and cancer preventing properties. CBDA is also thought to enhance the serotonin producing 5-HT receptor. This particular interaction could possibly make CBDA a primary contributor to the antiemetic effects of cannabis.

CBDV: A few studies confirmed that Cannabidivarin helps in reducing epileptic seizures and there is evidence of its ability to relieve nausea. Due to its demonstrated neurochemical pathway for previously-observed anti-epileptic and anti-convulsive action, CBDV has the potential to cease seizures and is currently undergoing clinical trials for adult epilepsy.

While further research and clinical trials are needed to validate many of these early findings, current knowledge shows tremendous promise along with the double benefit of positive health impact along with a simultaneous reduction in pharmaceutical consumption. Beyond these eight cannabinoids, research is likely to show tremendous promise in CBL, CBND, CBV, CBEV, CBNDV and CBE. It is difficult to overstate the medical and economic potential hidden in these molecules, and even the loftiest estimates of the cannabis complex potential are likely to prove conservative as we traverse down this pathway of discovery and healing.

Next 'If you tried to smoke hemp the only thing you'd get out of it would be a big headache' - nbc16.com 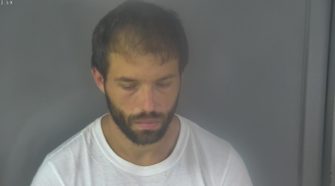