The U.S. Department of Agriculture (USDA) has issued its hotly anticipated Interim Final Rule (IFR). The IFR implements the hemp-related provisions of the Agricultural Improvement Act of 2018 (the “2018 Farm Bill”). Both the IFR and 2018 Farm Bill apply equally to states and Indian tribes. To avoid repetition, only “states” are referenced here.

The IFR was published Oct. 31, 2019, and became effective immediately. It is already impacting the burgeoning U.S. hemp industry.

States must implement the IFR either by developing production plans or adopting USDA’s plan from the IFR. But some states are choosing to postpone this decision.

The 2018 Farm Bill extended the authority to produce hemp through state “pilot programs” under the Agricultural Act of 2014 (the “2014 Farm Bill”) for one year after USDA’s release of its production plan. So, states with existing pilot programs can delay implementing the IFR through the 2020 growing season. This is important, for one, given many states’ concerns over the IFR. Other states, including some with pilot programs, perceive advantages to implementing the IFR sooner.

It is thus useful to examine the IFR alongside the 2014 and 2018 Farm Bills, together with a survey of how some states have approached hemp production previously and are responding to the IFR now.

The 2014 Farm Bill authorized state departments of agriculture and universities to produce hemp “for purposes of research conducted under an agricultural pilot program or other agricultural or academic research.” The law defined “pilot programs” but did little to clarify the meaning of hemp production “for purposes of research.” Congress essentially delegated this authority to states, without mentioning either USDA or the U.S. Drug Enforcement Administration (DEA).

Many states soon enacted self-styled pilot programs. Hemp production steadily increased as a result. The IFR reports that 9,649 acres were harvested nationwide in 2016, which had increased to 77,844 acres by 2018.

Apparently seeking to assert some oversight, in August 2016, USDA issued a joint “Statement of Principles” along with DEA and the Food and Drug Administration. They found that, in addition to state agriculture departments and universities, (1) “persons licensed, registered, or otherwise authorized” to “conduct research” could produce hemp under a pilot program; and (2) for “purposes of marketing research,” hemp products could be sold within and among states having pilot programs, but “not for the purpose of general commercial activity.”

In particular, states licensed 527,869 acres for planting in 2019, a 460% increase over 2018, according to Vote Hemp, a respected advocacy organization. While actual totals are not yet available, Vote Hemp estimates up to 142,500 acres will be harvested in 2019. USDA plans to attribute this entire amount to ongoing pilot programs, as well as 50% of the anticipated 2020 harvest.

It seems a stretch to contend that all hemp production to date has been for “research” purposes. Most went to satisfy—and helped generate—the skyrocketing commercial demand for cannabidiol (CBD). What is clear? States interpreted their 2014 Farm Bill authority quite broadly. Nothing less should be expected from states that continue operating pilot programs in 2020.

The 2018 Farm Bill, the IFR and Increasing Hemp Production

Upon becoming law last December, the 2018 Farm Bill was viewed by many, including states, as immediately authorizing even greater hemp production. Whether this was the case or USDA first had to issue the IFR, as it suggested by attributing 2019 and 2020 production to the 2014 Farm Bill, is now mostly academic. States seized the initiative, as the huge 2019 licensing increase shows.

The positive aspects of the 2018 Farm Bill are well publicized. Among others, it legalized hemp and prohibited states from interfering with the interstate transport of hemp and hemp products. The new law also authorized states either to develop their own production plans or to rely on USDA’s plan in the IFR.

But the IFR, which reflects USDA’s interpretation of the 2018 Farm Bill, also raises significant concerns. These include: (1) requiring that hemp samples be collected for testing by USDA-approved agents within 15 days of anticipated harvest; (2) imposing a “total THC” standard, whereby laboratories must combine delta-9 THC with THCA when testing whether the 0.3% THC statutory threshold for defining hemp is satisfied; (3) permitting only DEA-registered laboratories to test for THC content; and (4) defining the production of cannabis with anything over 0.5% THC as a “negligent violation” and potentially a crime.

The precise degree to which these and other IFR provisions will impact hemp production remains unknown. For one, after receiving public comments (now due January 29, 2020), USDA gave itself two years, until Nov. 1, 2021, to issue final regulations. USDA seems likely to revise certain aspects of the IFR. In the meantime, though, the IFR will remain fully in effect.

Of course, the 2018 Farm Bill also extended the 2014 Farm Bill authority for one year. States thus may continue operating pilot programs until Oct. 31, 2020. This means states may also apply existing hemp laws and regulations during the 2020 growing season, presumably including their pre-IFR interpretations of the 2018 Farm Bill. This might be viewed as affording producers in such states a reprieve of sorts from the IFR. Conversely, states that choose to implement the IFR now may view delaying as disadvantageous.

USDA’s website summarizes the status of various state hemp programs. But USDA omits key details and misstates others. The following reviews how several states have approached hemp production previously and, based on current information, how they intend to proceed during 2020. Note that actual harvest data for 2019 are not yet available.

Colorado is perhaps the country’s leading hemp producer. Its legalization of adult-use marijuana in 2012 may have given the state a head start on its hemp program. According to Vote Hemp, Colorado went from harvesting 9,700 acres in 2017 to 21,578 in 2018, barely trailing Montana. Colorado then licensed 80,225 acres in 2019, far more than any other state.

The Colorado Department of Agriculture (CDA) provides little information on its website concerning its approach to the IFR. But CDA officials confirmed their intention in interviews to operate Colorado’s pilot program through the 2020 growing season. CDA is working closely with USDA, they said, and intends to submit its state plan in January 2020, noting that it won’t become effective until after October.

Tennessee established its hemp pilot program in April 2014. According to Vote Hemp, Tennessee increased its hemp harvest from 200 acres in 2017 to 3,338 in 2018. The Tennessee Department of Agriculture (TDA) reports on its website that the state licensed 3,800 producers in 2019 to plant up to 51,000 acres.

TDA submitted a draft production plan to USDA in February 2019, which the agency failed to address, presumably pending issuance of the IFR. USDA has treated other states similarly. TDA’s website states that “no immediate changes are expected” to its hemp program. While intending to submit a revised plan to USDA “sometime next year,” officials confirmed in interviews that TDA will continue operating its pilot program in 2020. By comparison, USDA’s website states that Tennessee’s production plan is “under review.”

Kentucky’s response to the IFR differs markedly from that of Colorado and Tennessee. The Kentucky Department of Agriculture (KDA) states on its website: “The 2019 program year is the end of the research pilot program” as the state prepares “to transition to full commercial production…for 2020 under a USDA approved state plan.” New regulations for 2020 will be released as soon as possible after USDA approval.

Montana submitted a production plan to USDA in February 2019. According to interviews with state officials, the Montana Department of Agriculture (MDA) has expressed concerns to USDA over the IFR, to include the requirement that cannabis with more than 0.3% THC but below 0.5% be destroyed. MDA intends to coordinate with USDA regarding this and other issues. If USDA rejects its requests, MDA stated that it will operate under its pilot program in 2020.

South Carolina only implemented its pilot program in May 2018, when the South Carolina Department of Agriculture (SCDA) licensed 20 hemp producers to plant 365 acres. They ultimately harvested 256 acres. SDCA licensed 3,300 acres in 2019.

SCDA’s website states that it submitted a “placeholder” plan to USDA in August 2019 and intends to submit a revised plan by Jan. 15, 2020. SCDA expects this plan to be approved and in place for the 2020 growing season. USDA’s website also does not reference South Carolina.

Florida had no hemp program before 2019, when the Florida Department of Agriculture (FDA) authorized two universities to begin growing hemp for research purposes. Florida’s law establishing its hemp program took effect on July 1, 2019. It references only the 2018 Farm Bill, suggesting that Florida has no intention to broaden its pilot program.

FDA’s website describes its intention to obtain “USDA review” this fall. FDA thus appears to be preparing a production plan for USDA approval in time for the 2020 growing season. This is consistent with USDA’s description of Florida on its website. Implementing such a plan will likely require Florida to revise its newly enacted law, a prospect other states will confront, as well.

Competition among states is intense. Colorado and Tennessee, ranked second and fifth in 2018 production, respectively, are maintaining their hemp pilot programs during 2020. Besides other possible reasons, they apparently believe this approach serves their producers’ best interests. Montana and North Carolina, ranked first and sixth, are taking more nuanced routes, but will likely arrive at the same outcome.

By contrast, Kentucky seems convinced that implementing the IFR now is advantageous. Kentucky’s Commissioner of Agriculture has declared the intent to make his state, the fourth largest producer in 2018, “the epicenter of hemp production in the United States.” Having had the second highest licensing level in 2019, it will be telling whether Kentucky performs similarly next year, including in terms of production.

Meanwhile, Vote Hemp reports that Arizona, California, Illinois, Oklahoma, New York and Wisconsin – none of which had hemp pilot programs or any licensed acres in 2018 – each licensed more than North Carolina in 2019. Texas, despite having tremendous potential, delayed authorizing any hemp production, even in 2019, until after USDA issued the IFR.

It’s difficult to gauge which state strategy is preferable. Much surely depends on each state’s circumstances. Consistent requirements across all states might itself be beneficial. Whether or when this will happen remains to be seen.

Jeffery C. Lowe is an author and attorney in Tennessee with Hemp Dig, Inc., an online hemp and hemp products marketplace.

Hemp Haven: An Auction and Market Bring the Plant Into the Mainstream – Memphis Flyer

As first harvest nears, the future of hemp in Nebraska is still hazy – Scottsbluff Star Herald 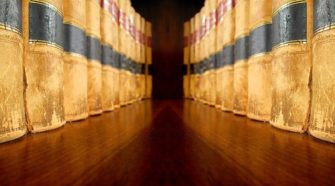