A Dallas-based company is tapping into the Texas’ nascent hemp industry with a new industrial facility that will process the plant and turn it into a material that can be used for clothing, car parts and insulation for houses.

Panda Biotech will open the 255,000-square-foot facility in Shallowater, a small town that’s 12 miles northwest of Lubbock. It will finalize its purchase of the building in early 2020 and begin processing within a year, company spokesman Bill Pentak said.

Texas’ hemp industry is poised to grow after state lawmakers legalized the crop earlier this year. Gov. Greg Abbott signed the bill into law in January — but farmers are still waiting for the U.S. Department of Agriculture’s approval of the state program and Texas’ adoption of rules. Texas Agriculture Commissioner Sid Miller said this week that the state will begin issuing licenses to grow hemp in early 2020.

Hemp is a type of the cannabis. It’s related to marijuana, but has low or untraceable amounts of tetrahydrocannabinol or THC, the psychoactive compound that gives marijuana users a high. Federal and state law defines hemp as having no more than 0.3% of THC.

Congress legalized hemp in last year’s Farm Bill. One of its advocates was Senate Majority Leader Mitch McConnell, a Republican who represents Kentucky and sees hemp as a potential replacement for one of the state’s major cash crops, tobacco.

Hemp can be used to make construction materials, automobile composites, textiles and more. It can also be used for edible products, such as hemp protein for smoothies, or cosmetic items like lotion.

Panda Biotech was founded by Bob Carter, a Dallas entrepreneur who’s made his money in the energy business. He’s founder of Panda Power Funds, a private equity company that owns and operates investments in clean energy, such as large solar farms. He also founded Panda Energy International, a predecessor to the private equity firm that built power plants, and he previously worked in oil and gas. The companies are not related, except for their common founder.

Panda Biotech picked the Lubbock area for its first facility because it’s in the High Plains, a region known for growing cotton and one that’s primed for hemp growth. Hemp is “a great dance partner for cotton,” Pentak said. The two materials can be blended to make clothing, upholstery and linens.

“When you can take the durability of hemp fiber and combine it with the softness of cotton, you really have a premium material,” he said.

The company plans to hire 20 employees and use hemp that’s grown within an 100-mile radius to reduce transportation costs, Pentak said. It expects to process more than 130,000 tons of Texas-grown industrial hemp and is looking for sites for other facilities, he said.

The facility will process hemp stalks that are harvested before its seeds and flowers mature. The seeds and flowers are parts of the hemp plant that are used for CBD products. CBD or cannabidiol is a compound used as a treatment for epilepsy and other medical conditions. The products, which are sold at retailers from convenience stores to high-end retailers, have also become a wellness trend.

At Panda’s facility, the company will process the bamboo-looking fibrous plant. When it’s done, the hemp will resemble cotton, Pentak said. The material will be sold to manufacturers, which can use it to make cloth, rope or other products.

Texas Farm Bureau spokesman Gary Joiner said the processing facility could give farmers more confidence to enter the emerging industry. He’s spoken with farmers who are interested but cautious. Some want to see the market mature so they know there’s enough demand, he said. Others are researching equipment they’d need and if they could get crop insurance.

And, he added, growing hemp will come with unique requirements, such as a mandatory background check.

“It’s unlike anything else within the agricultural marketplace in Texas,” he said. “That may not be for everyone. But there are those saying, ‘We’re ready.’”

Dallas-based Panda Biotech plans to open a 255,000-square-foot facility in Shallowater, a small town that s 12 miles northwest of Lubbock. It will finalize its purchase of the building shown in this photo in early 2020 and begin processing within a year.(Courtesy of Panda Biotech) 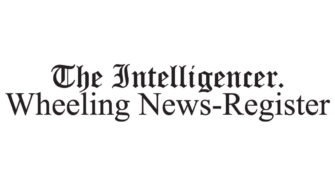