PAWHUSKA — The contentious ordeal surrounding the seizure of a massive shipment of hemp and arrest of its transporters came to a quiet conclusion Tuesday when the entire case was dismissed a day earlier than planned.

Prosecutors in court documents dropped the marijuana-trafficking charges Tuesday against Andrew Ross and David Dirksen after seven months of the business partners facing 15 years to life in prison if convicted. A court appearance set for Wednesday morning didn’t take place despite a motion filed a month ago by the buyers to release some or all of the hemp product.

Pawhuska police pulled over the tractor-trailer for allegedly failing to stop at a signal-controlled intersection about 3 a.m. Jan. 9. The rig’s two drivers, as well as its security detail, were arrested after several hours of the two security officers attempting to convince law enforcement the cargo was legal industrial hemp.

Next Tilray® Imports GMP-Certified CBD into the U.S. for Two Clinical Trials Led by NYU School of Medicine

FSD Pharma Doubles Down on Cannabinoid Therapeutics with Therapix Acquisition 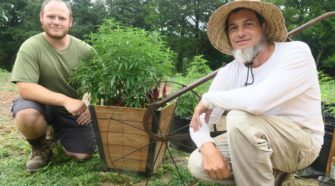