Czech CBD producer CBDepot has navigated another step in the process of getting pure synthesized Cannabidiol (CBD) authorized as a Novel Food ingredient, as European Commission (EC) authorities recently signed off on the company’s dossier as ”valid.”

The application now goes back to the European Food Safety Authority (EFSA) for a risk assessment. If that assessment is positive, the compound’s use as an ingredient in food supplements still needs to be approved by individual EU Member States.

Pure synthesized Cannabidiol is structurally identical to the pure CBD derived from the plants of species Cannabis sativa L. It goes through a synthesis of Olivetol and Menthadienol with robust purification steps to bring down levels of artefact THC and CBN to single-digit ppm levels.

Cannabis Pharma (one of mother companies of CBDepot) also has submitted an application for non-synthesized hemp-derived Cannabidiol isolate as a Novel Food ingredient; the substance is obtained through a crystallization process from fully decarboxylated and distilled hemp extract. That application has been before EU officials since 2016 and was re-filed in early 2018; it was declared as suitable for risk assessment by EFSA last July, but the EU Commission has not yet declared the application valid.

CBDepot, which is guiding its CBD ingredients through various regulatory channels in the EU and other export markets, said getting both isolated and synthesized versions of Cannabidiol approved as ingredients for food in Europe should give the company an edge in the fast-moving CBD sector.

As the EU regulatory environment for CBD evolves, the European Industrial Hemp Association (EIHA) is calling for a three-tier framework for hemp flowers and leaves under Novel Food rules. Those rules state that foods not regularly consumed in the EU before 1997 must be approved by food safety agencies — the process CBDepot’s products are now going through — a lengthy, expensive undertaking.

First, EIHA contends that leaves and flowers from the industrial hemp plant are not Novel Foods, and should be regulated by existing EU rules on food and food supplements. The Association also contends that naturally present levels of cannabinoids in whole-plant extracts are not Novel Foods if they have been produced by traditional extraction methods. As long as a similar level of cannabinoids is maintained in those extracts, they do not fit the definition of Novel Food, EIHA has said.

Finally, the Association holds that products such as the synthesized CBD and isolate produced by CBDepot should be subject to Novel Food rules, as should genetically modified plants. 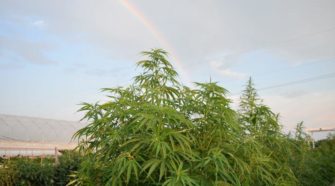