Brent Young agrees that hemp, if grown on the same scale as other production agriculture crops, could be a boon to Colorado farmers stretched thin by low commodity prices and rising input costs.

Young, an ag economist with the Colorado State University Engagement Center in Sterling, has never been a fan of hemp. In fact, just a few years ago he told the Journal-Advocate he saw very little future for the crop in Colorado.

“Things have changed,” Young said in a recent interview. “To me, the returns that we’re seeing are very impressive, but I’m still skeptical.”

The biggest change is that the 2018 farm bill legalized the production and marketing of industrial or commercial hemp, removing the plant from the list of controlled substances. But the farm bill did nothing else to encourage farmers to adopt the crop or protect them if things go wrong.

Young’s primary concern with any farming operation is the risk involved. And hemp, he said, is very risky.

“The farmers and ranchers who are most successful are those who manage risk well,” he said. “There are risks inherent to hemp that will take some time to mitigate.”

Matt Eich, president of the National Alliance of Independent Crop Consultants, agrees. In an April 2019 article in Farm Journal’s webzine, AgPro, Eich wrote about the kinds of  problems hemp growers can encounter.

“The most important factor in growing hemp is risk,” he said. “A crop consultant from North Carolina grew a hemp crop with the intention of selling the buds, which yield oil that can be harvested as full-spectrum oil, but had a challenging start with the hurricanes and excessive rains.”

In another instance Eich said most North Carolina hemp growers still haven’t been paid for their 2018 crop because about 70 percent of the crop picked up a contaminant, which requires that the crop go through an extensive process to remove the contaminant.

Another hurdle, Young believes, is government regulation, or rather the lack thereof. Except for potential oversight of cannabinoids by the Food and Drug Administration, there are no regulations governing the cultivation of hemp or the marketing of hemp-based products. FDA Commissioner Scott Gottlieb told AgPro in April that, when the farm bill was written, the government reserved the right to regulate cannabinoids, commonly known as CBD.

Except that, so far, there’s been no movement to write any regulations or set any standards. There are no production standards, Young said, and that leaves potential producers in the dark.

“You have to establish a protocol for establishing the standard,” he said. “Hemp is hemp because of a legal definition; it has to have 0.3 percent (tetrahydrocannabinol) or less, but how do you measure that? Whose protocol do you use?”

Without some kind of standard, marketing hemp products is a dicey business. There can be no trading of hemp products in the public markets because there’s no mechanism to report the price. How much is a pound of CBD oil worth, and how is that price established?

In the absence of any kind of commodity-based price-setting mechanism, the U.S. Department of Agriculture cannot offer crop insurance on hemp crops that fail because of natural disasters.

“Crop insurance is not available until 2020, and then it’s only whole-farm revenue insurance, and only if the crop is grown under contract,” Young said.

Young said the sugar beet marketing model, in which growers contract to sell their beets to a sugar manufacturer at a negotiated price, may preclude the need for a commodity-type market, at least for CBD products. And the absence of regulations should begin to correct itself soon. Young said the 2018 farm bill gives states until 2020 to submit regulatory plans, or the federal government will do it for them. To do that, Young said, much more data is needed, and that data will have to come from those doing the growing.

“I am sure there are success stories; however, as with any industry in its infancy, it will take failures for the pioneers to pave the way for the future,” he said. “So far, the hemp industry has high risks with unknown rewards. With our farm economy, we need markets to open so hemp gives farmers another option for success.”

Young put it more succinctly in his advice to anyone wanting to get into hemp farming: “This is all a moving target subject to change by the USDA,” he said. “Don’t invest more than you can afford to lose.”

Can Tilray Conquer the U.S. Hemp Industry? – The Motley Fool 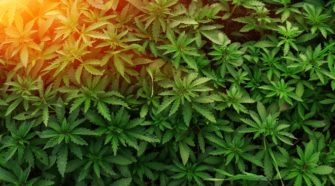