Gingko Bioworks Inc., a Boston-based biotech firm, recently announced their partnership with the Cronos Group (NASDAQ:CRON) to work on cultivating cannabis through genetic engineering rather than traditional cultivation.

Sounding like something straight out of a science-fiction movie, Gingko will take the plant DNA from cannabis to produce and reproduce cannabinoids, without having to grow the actual cannabis plant.

Gingko’s website helps explain the science: “By transferring the DNA sequences for cannabinoid production into yeast, using the foundry and our existing high-throughput fermentation process, we’ll work to construct strains that produce a range of different cannabinoids at high quality and purity, identical to those extracted from the plant with traditional methods. By capitalizing on the power of biological manufacturing, we can unlock access to medically important cannabinoids that can be scaled up and produced reliably.”

State-of-the-art automation and custom-built software powers Ginko, which they utilize to design and print DNA. By transferring the DNA sequences for cannabinoid production into yeast, Gingko laboratories will be able to develop strains that produce cultured cannabinoids at high-quality and purity levels. Similar to brewing yeast for beer in a microbrewery.

By utilizing DNA strands and fermenting them, Gingko is expecting to unlock access to potentially medically-important and valuable cannabinoids that are present in low quantities in the pot plant.

A new focus on cannabinoids

According toa statement announcing their partnership, Ginkgo and the Cronos Group (will focus on the scalable and consistent production of a wide range of cannabinoids, including THC, CBD, and a variety of other products which are lesser known and more difficult to extract from the cannabis plant.

By utilizing cultured cannabinoid molecules from plant DNA, using the power of biological manufacturing via fermentation, Ginkgo and the Cronos Group will be able to produce cannabis without actually having to grow it.

“Cronos Group is building the world’s most innovative cannabinoid platform,” said Mike Gorenstein, CEO of Cronos Group in a statement. “The potential uses of cannabinoids are vast, but the key to successfully bringing cannabinoid-based products to market is in creating reliable, consistent, and scalable production of a full spectrum of cannabinoids, not just THC and CBD. We are thrilled to partner with Ginkgo; their biological engineering capabilities and disruptive technology platform are unrivaled. Together we can revolutionize the cannabis industry.”

The partnership between Cronos and Gingko is expected to be a lucrative one. The initial investment of $22 million for R&D along with a total of up to $100 million worth of Cronos common shares upon achieving pilot commercial scale speaks to the confidence both groups have in their cultivation project.

“Legal cannabis is a multibillion-dollar industry with no signs of slowing down, but providers will need to innovate to keep up with demand for better products, including those taking advantage of rare and difficult to extract cannabinoids,” said Jason Kelly, CEO and co-founder of Ginkgo Bioworks. “Engineering strains of yeast that can produce these cannabinoids via fermentation is a perfect fit for our organism design platform and we are excited to be working with Cronos Group as they lead the way to high-quality cannabinoid treatments.”

The science behind it all

There are hundreds of different cannabinoids produced by the pot plant. Long-term “breeding” and cultivation has led to plants that produce large amounts of THC(A) and CBD(A). The (A) stands for acid, which converts to THC and CBD when heated.

Gingko notes that other molecules such as CBC, CBG, and THCV are present in cannabis plants, but only in small amounts. Such small amounts that it hasn’t been profitable for pot cultivators to extract and purify from the plant. Until now, that is.

By extracting and reproducing specific DNA strands in the cannabis plant, Gingko could unlock such molecules as THCV. THCV use in low doses has been shown to offer relief from anxiety without causing the munchies as THC can.

Gingko will isolate these trace cannabinoids from the cannabis plant, and sequence those parts of the genome responsible for producing them. Then that specific DNA sequence can be used to produce the rare strand in large quantities artificially.

Will technology cause traditional plant cultivation to go the way of the dodo? Kelley certainly thinks so. “The reality is that brewery economics is going to wipe the floor with farming economics,” Kelly said in a recent interview with Bloomberg.

There are certainly advantages to reproducing cannabinoids directly from DNA without having to grow plants. Laboratory creations aren’t subject to such issues as climate, growth conditions, or regional variables. Gingko will be able to provide a consistent product, which can be more cost-effective. Additionally, as these strands of cannabinoids are lab-created, they will be able to meet state quality standards for medicinal and recreational marijuana programs.

Perhaps bioengineering, 3D printing, and other technological innovations will replace traditional cultivation. Or maybe this is a science-fiction situation and the labs are going to create some sort of monster marijuana strand.

Either way, the Cronos Group and Gingko partnership is undoubtedly paving the way for biological manufacturing in the cannabis industry.

Next A Booming Market for All Kinds of People 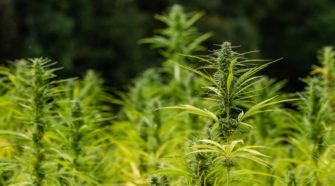