The county faces a number of challenges in establishing its own rules for hemp cultivation, especially because government regulations of the industry are still in flux.

A temporary moratorium on industrial hemp cultivation in Siskiyou County that is set to expire Jan. 6 will likely be extended to give various county departments time to come up with a permanent ordinance regulating the industry. Siskiyou County Ag Commissioner Jim Smith said that his department will bring the moratorium extension before the board at its Dec. 10 meeting for approval. The county faces a number of challenges in establishing its own rules for hemp cultivation, especially because government regulations of the industry are still in flux.

Assistant County Counsel Natalie Reed explained to the supervisors at their Nov. 12 meeting that there are currently some inconsistencies between federal hemp regulations and the rules that California is developing, like guidelines for what kind of facilities can undertake hemp crop testing.

The state is working to come in line with federal regulations, she said.

There have been some big developments on the federal and state front in just the past month. A report from Smith and Reed for the board notes that in October 2019, California Governor Gavin Newsom signed into law Senate Bill 153, which intends to conform California’s hemp laws to the federal requirements for a state plan under the 2018 Farm Bill.

SB 153 now requires the California Secretary of the Department of Food and Agriculture, in consultation with the governor and the attorney general, to develop and submit a state plan to the United States Secretary of Agriculture, on or before May 1, 2020, the report details. “Submission of a state plan is significant because until California has a federally approved plan, legal hemp cultivation is technically limited to that which is consistent with the 2014 Farm Bill, which only allows for established agricultural research institutions,” it explains.

On Oct. 29, the federal government, through USDA, published an interim final rule that outlines the provisions for USDA to approve plans submitted by states for production of hemp. It also establishes a federal plan for producers in states that do not have their own USDA-approved plan. The interim final rule includes, but is not limited to, provisions for maintaining information on the land where hemp is produced, disposing of plants not meeting necessary requirements, and licensing requirements

County staff understand that representatives of CDFA and USDA will be meeting soon to discuss the implications of this interim final rule on California’s planned program and for California to get clarification on testing protocols and resulting uncertainties, Smith and Reed noted.

Smith told the supervisors that the various local departments involved in developing the hemp ordinance are hoping to model it after a hemp cultivation ordinance developed and in use in San Joaquin County.

It would allow the ag commissioner to inspect hemp cultivation operations three times throughout the growing season, Smith said, and would likely establish a 40 acre minimum parcel size for such growing operations. He did say that figure may be reduced to 20 acres minimum.

Smith said that the ordinance will also need to establish rules allowing the sheriff to know where hemp cultivation sites are located in the county so he can determine whether or not the product is being transported and can confirm that the operation is not being used as a cover-up for an illegal cannabis grow site.

Charges for services the ag department will provide in the hemp cultivation process need to be addressed in detail, Smith added, such as sending hemp samples to a lab for testing. He said a $900 registration fee for hemp growers will likely be put in place if the ordinance is approved. Only part of that money comes back to county, he noted, and that “will probably be eaten up in registration process.”

“We’re supportive of moratorium until an ordinance is passed allowing hemp to be raised legally in Siskiyou County,” Smith told the supervisors.

The board did bring up some concerns, Smith mentioned, including the water use necessary for growing hemp. The ag commissioner said it’s similar to that of many seed crops already being grown in the county, like alfalfa. And it’s the county’s farmers that Smith hopes will do most of the hemp growing locally.

“It’s feasible that we could have our growers ready to go by the time they need to get in the ground,” Smith said, noting that he hopes the county will have a permanent hemp ordinance in place by April or May, but likely May or June realistically.

For farmers, hemp is a commodity crop, Smith explained. He said he was recently told that one acre of the crop will bring in approximately $440,000. That quote was given to him a few months ago though, he specified, and that figure may have already changed. As industrial hemp has only just begun legally in Oregon and the kinks are still being worked out in California, only time will tell how quickly and how drastically the landscape of the industry may change. “I fully expect the value of the crop to change dramatically over time,” Smith said. “It may have changed already.” 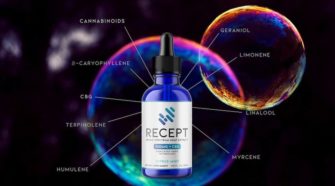