PITTSBURG — Industrial hemp has seen rapid growth in Kansas since becoming legal in recent years, but could soon be given an even greater boost in the southeast corner of the state.

The Pittsburg City Commission weighed the pros and cons last week of providing support to a new business that is looking to bring cannabidiol (CBD) processing to town, before ultimately holding off on making a decision about whether to help finance the operation.

CBD is a chemical that can be extracted from Cannabis sativa, otherwise known as hemp, which when grown differently with a focus on producing tetrahydrocannabinol (THC), is also known as marijuana.

“CBD is non-psychoactive, unlike its cousin THC,” said Colby Terlip, who grew up in Frontenac and owns Sunflower Hemp Co., in his presentation.

Kansas has legalized hemp cultivation in recent years, first through a pilot program that began last year, and is now moving toward a commercial program, and while some of the state’s hemp growing has been to produce fiber from the plant, much of it has focused on CBD production.

Sunflower Hemp is investing about $1 million to get its operation up and running. Terlip aims to establish a 20,000-square-foot Good Manufacturing Practice-certified facility on North Rotary Terrace in Pittsburg, initially for refining crude CBD oil into such extracts as tinctures and topical applications.

He said his facility will be able to comply with current federal, state and local regulations and he is prepared to comply with even further requirements that could soon be put in place.

City Manager Daron Hall said the nature of Terlip’s business probably had an effect on the discussion city officials were having about whether they should support it.

“Obviously what we’re all talking about is the subject matter,” Hall said. “If Colby was making balloon animals, we probably wouldn’t be having this conversation.”

The assistance from the city that Terlip is specifically seeking is a $110,000 grant, which would pay for a fire safety sprinkler system that the city requires for a facility the size of Sunflower Hemp, as well as other safety equipment, such as laboratory fume hoods and fire safety storage cabinets.

Although Terlip is hoping to get his business up and running by June, several commissioners said they weren’t comfortable making a decision and asked him to present to the EDAC again before approving city funding for the project. 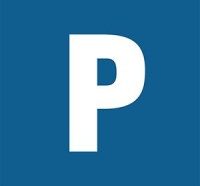