LEXINGTON, Ky. (WKYT) – Experts say hemp-based products won’t get you high, but some may still have trace amounts of THC in them that could potentially show up on a drug test.

As products like these become more popular, attorneys who specialize in employment law say the legal landscape is shifting.

“Someone somewhere is using a CBD product right now and yes, eventually there will be an impact,” said Tamara Patterson, an associate at Lockaby PLLC.

The reason is some CBD or hemp products have trace amounts of THC in them. Doctor Ryan Stanton says THC in a legal hemp product, and THC in illegal marijuana could look the same on a drug test, potentially putting an employee in a predicament.

An effort called “Shauna’s Law” in Frankfort to put protections in place for workers who use hemp products got stuck in committee during the 2019 regular session. It’s named after a Powell County EMT who was fired for a positive drug test from a hemp product.

A lobbyist who pushed for that bill says there was more support for it than was known. WKYT’s Garrett Wymer is told they’ll “100 percent” try it again when the new session begins in January. In the meantime, attorneys say workers should know their company’s policy and talk to their boss about it.

“And I think it’s very important on the flipside for employers to make sure that in this changing landscape they reconsider their policies and think about exactly what they want their policy for CBD oil to be,” said Patterson.

The concentration of THC in the plant is the main difference between hemp and marijuana. By law, industrial hemp cannot have a THC concentration higher than .3 percent.

Ontario's private cannabis retailers open their doors on April 1, and here are the rules 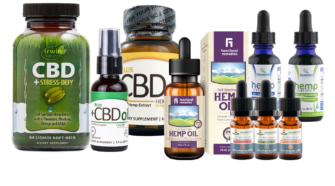 Secret Shopper: How much hemp CBD do I need to take? – New Hope Network