The Mendocino County Board of Supervisors on Tuesday postponed any decisions on adding a potential Hemp Cultivation Pilot Program until a future date while the county is busy making emergency decisions about coronavirus preparedness.

“I think we have a lot of other things to do instead of dealing with this, and this seems to be somewhat controversial,” said Supervisor John Haschak at the Tuesday meeting. “I think we are clear if we table it, we can deal with it at a future time when we are not dealing with a crisis. That would be fair for everyone for substantial input,” he said.

The proposed Hemp Pilot Program would allow for temporary industrial hemp cultivation in some areas of Mendocino County. The program would also let the county see if hemp growing is compatible with cannabis cultivation and if there would need to be any restrictions or new ordinances put in for hemp. Under the program, the Agriculture Department would issue licenses. Each hemp license would have an expiration date of Dec. 31 of the year issued, and the license holder would have to renew the license on an annual basis. The county would not issue more than five hemp cultivation licenses at any given time.

Other restrictions proposed would ensure all industrial hemp must be grown from female cloned plants, male hemp plants would be prohibited, and that property proposed for industrial hemp cultivation would be no less than 10 acres in size and located in a zoning district.

There is currently a ban on hemp in Mendocino County that started in February of this year and will go until February 2021. Hemp is legal at the state and federal level, but there is concern about potential cross-pollination to cannabis plants and possible changes to cannabis crops that could decrease their value. There is also concern that because of the similarities between hemp and cannabis crops, it would give more opportunities for people to have illegal cannabis cultivation that would add extra strain on county regulations and law enforcement.

The board did not give a timetable for when it would vote or reconsider the pilot program but supervisors indicated that they would like to wait until after they finish dealing with the coronavirus crisis so they can have more public discussion and input. The ban on the cultivation of hemp lasts until February of 2021, at which time the board could increase the ban’s timeline.

Previous 'Hempcrete' is a small way to fight climate change (no, you can't smoke it) - Concord Monitor 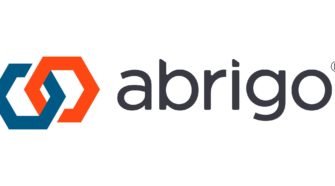