Connecticut Gov. Ned Lamont, a Democrat, has signed legislation creating a pilot program for hemp cultivation in the state. Lamont said the program will strengthen officials’ efforts to grow the agriculture economy and create jobs “in a responsible manner.”

“With this program, farmers will have the opportunity to bolster their profits with hemp, and veteran and first-time farmers alike will be attracted to a new and growing market that will offer crop diversification, increased revenue, and expertise in an expanding field.” — Lamont, in a press release

The measure received unanimous support in both chambers of the state General Assembly.

Connecticut Agriculture Commissioner Brian Hurlburt said that while the measure doesn’t outright legalize hemp – as many other states have done following the passage of the federal farm Bill last year – it is a “giant step closer” to broad reforms.

“Hemp has the potential to stabilize the agricultural economy and attract new farmers to the industry while providing consumers with a locally grown product that is in high demand,” he said in a statement. “This ties in with the governor’s budget to support a hemp program and the desire to create new market opportunities for the small business men and women in Connecticut.”

Interested farmers will pay a $50 annual application fee and a cultivation fee of $50 per planned acre of hemp; processors will pay a $250 licensing fee. 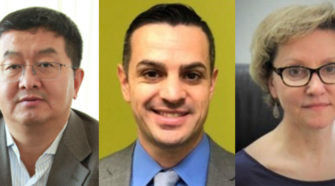