CLEVELAND – Continued confusion surrounding our state’s new medical marijuana program could leave some school districts in Northeast Ohio on the wrong side of the law.

An education attorney in Cleveland is saying that’s the case when it comes to the use of CBD oil.

The homeopathic treatment option is gaining popularity among parents. Some of themwant their children to still have access to the controversial oil during class.

“Parents have been asking school districts can you administer the CBD oil to my child during the school day,” said education attorney Peter Zawadski.

Before giving an answer, those districts have contacted Zawadski.

“The first question is what is CBD oil,” said Zawadski.

Parents turn to the hemp-based product to reduce stress and anxiety in their children to help them concentrate throughout the day.

“It has been used as a substitute for the more potent drugs for ADHD,” said Zawadski.

Butthe move to bypass traditional treatment options like Adderall and Ritalin isconsidered illegal according to the Ohio Board of Pharmacy.

“They included CBD oil as a controlled substance,” said Zawadski.

Zawadski, an education attorney at Walter Haverfield, said it is still unclear if it’s really a controlled substance.

He has been contacted by at least three local districts that had concerns.

“They’re thinking if you can buy it in a store in Ohio must be legal, and we administer other homeopathic remedies to students based on their parental requests, so why not,” said Zawadski.

Despite the move by the Board of Pharmacy, CBD oil advocates stand by its continued use.

Friedman said hemp CBD does not have the level of THC required to fall under the controlled substance act.

But proving each product on the market falls into that category is a burden Zawadski said would be placed on school districts.

“Hold off, don’t administer this. You don’t really want to be on the wrong side of the law. You don’t want to start investigating what are the ingredients in this. You don’t have the time or the money,” said Zawadski.

News 5 reached out to the 10 largest school districts in Northeast Ohio.

A handful got back with us. All of them said they have had no requests from parents so far.

We’re told parents who aregiving CBD oil to their children were not willing to come forward and be a part of this story out of fear.

Previous Cannabis Penny Stocks: Green All Around on the TSXV

NPD trend tracker: From hemp ‘super bars’ to sharing boards brought to you by Deliveroo – FoodNavigator.com 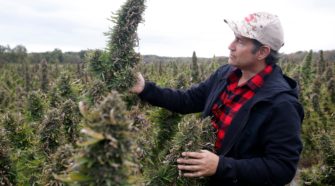