Gaunch had earlier in the day toured the GVEDC’s latest success story — the West Virginia Great Barrel Company’s cooperage in the Harts Run area of White Sulphur Springs. He proclaimed the facility to be “way past” what he had expected.

He praised the regional cooperation represented by the GVEDC, which promotes economic development in Greenbrier, Pocahontas and Monroe counties. That regionalism, Gaunch said, serves to make the most of limited resources, a common problem in the state’s 55 counties. He said he’d like to find a concrete way to encourage that regional approach across the state, whether by providing more funding to counties that form coalitions or withholding some funding from those that don’t.

Asked for his take on the upcoming legislative session, Gaunch said the push to remove the state’s inventory tax — personal property tax that is assessed on a business’ equipment, materials and goods — is one he strongly supports.

“Everybody knows (the inventory tax) is an impediment to business,” he said, while conceding that counties are opposed to losing such a large chunk of revenue.

He said he envisions a “probable phase-in” of the tax cut in order to avoid having to put a constitutional amendment on the ballot, a necessity if the tax is to be discontinued in one fell swoop.

Questioned by the board about the statewide financial impact of axing the inventory tax, Gaunch said eliminating it just on manufacturers would cost the state and its counties around $95 million a year. Discontinuing the tax entirely would leave a $340 million hole in state and county budgets.

“If we keep giving taxes away, where’s the money coming from?” asked GVEDC board member Thomas Hughes.

Gaunch acknowledged that was a good question.

The future of hemp

GVEDC executive director Andrew Hagy broached the subject of the future of industrial hemp production in West Virginia. Given the uncertainty surrounding state and federal regulations on the cannabis plant’s cultivation and use, Greenbrier Valley farmers are loath to take a giant leap into production.

Attending the meeting via conference call, board member Bill Shiflet said any changes in the regulatory atmosphere would hinge on decisions made at the federal level. While it appears further relaxation of federal controls on hemp and marijuana is on the horizon, Shiflet said Gov. Jim Justice has indicated he feels federal regulators will be as stringent as he is.

Meanwhile, in Monroe County, which Shiflet represents on the GVEDC board, some farmers were forced to brush-hog fully half of their crops this year because the plants were exceeding the allowable level of tetrahydrocannabinol (THC), the compound responsible for marijuana’s psychoactive effects.

No less an expert on the hemp industry than Duane Zobrist, owner of the Appalachian Extracts cannabidiol (CBD) processing laboratory in White Sulphur Springs, told The Register-Herald earlier this year, “Hemp looks like marijuana; it grows a flower like marijuana; it smells like marijuana. The only way to tell it’s not marijuana is through testing. A hemp farmer has to have his plants tested constantly to be sure it’s under the (0.3 percent) THC limit.”

Several of the GVEDC board members criticized the way in which regulations seem to push hemp farmers into looking at CBD as the only possible product that can be made with their crops.

Hughes suggested turning the hemp into paper towels and toilet paper, which the state could then buy and place in schools, jails and other publicly owned facilities.

Though his suggestion was met with merriment among his colleagues, most did agree that the state needs to take a more proactive role in supporting the budding hemp industry.

“The state needs to step up and incentivize hemp,” board member Walt Helmick said.

“Hemp has a great potential,” he said. “We need to figure out how to turn it into jobs.” 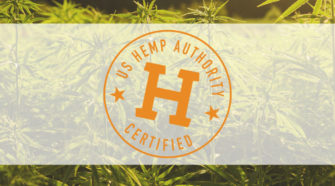