What happened: Council members gave a tentative nod of approval for an industrial hemp awareness fair to be held in the borough May 2.

The plan: The event is the brainchild of Columbia’s Parks and Recreation Advisory Board, which envisions the event as a fundraiser for planned improvements to the borough’s Rotary Park. The event will be free to the public. Money will be raised from fees paid by vendors. The borough has not yet decided on the location for the event.

Why it matters: In addition to raising money for the park, the event is intended to educate the public about the possibilities of industrial hemp. Organizers have more than 30 hemp industry businesses and organizations interested in participating thus far. Among the exhibitions expected are an automobile made from hemp, a tiny house built out of “hempcrete,” and a beer garden serving hemp beers.

Background: Lancaster County was said to be the hemp capital of the United States as early as the 1700s, but the growth of all cannabis was outlawed in 1937. Since the 2018 Farm Bill reclassified hemp as an ordinary agricultural commodity, more than 300 permits have been issued to farmers growing the crop in Pennsylvania. Lancaster County has the most acres of hemp production in the state. In October, former pro cyclist Floyd Landis received approval from Columbia’s Zoning Hearing Board for a hemp processing facility on North Front Street in the borough.

Quotable: “We’d like to continue to educate. We need to make the distinction of what industrial hemp can bring to a community like ours,” said event organizer Susan Love, a member of the rec board who also is a volunteer with the Pennsylvania Hemp Industry Council.

What’s next: Council indicated it is likely to approve the event at its Nov. 12 meeting. The organizers would like to hold the fair on Locust Street in Columbia’s downtown, but council member John Novak asked the group to consider alternative sites. Novak said the borough has been trying to reduce the number of events that require street closures. 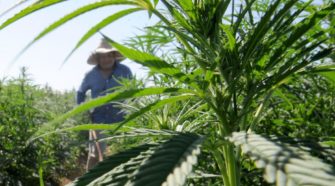