COLLEGE PLACE — Because of numerous complaints of hemp odors, city leaders in College Place voted unanimously Tuesday night to put a one-year moratorium on the production of the plant.

A public hearing is scheduled for Jan. 28 to discuss the issue.

Constant complaints about the odor of a hemp farm in city limits over the summer drove the city to take action, according to documents.

“The police department responded to a number of calls; there were thefts at the site. And so it was quite a burden on the city,” said Jon Rickard, College Place’s community development director.

City Administrator Mike Rizzitiello, Mayor Norma Hernandez and Councilor Jerry Bobbit said they received complaints about the odor and requests from the community that the city address what they saw as a problem.

Mathew Hardy grew industrial hemp at 221 NE Larch Ave. to sell to a processor that refined it into CBD oil for medicinal use.

Industrial hemp is grown for its fiber and seed oil and contains practically no THC, the psychoactive component of marijuana. This is why hemp is regulated by the Washington state Department of Agriculture, according to previous reporting.

Currently no one is growing industrial hemp in the city, Rizzitiello said, since the one grower has left. But staff would still like to have a game plan if this issue were to come up in the future, he said.

The Washington Legislature authorized the growing of industrial hemp as a pilot program in 2014.

Congress passed a Farm Bill in 2018 that included regulating hemp as part of the agriculture industry and no longer classified hemp as a federal Schedule 1 drug, according to documents.

“Theoretically, a business could find a location and meet all of the state’s requirements and be issued a license by the state and then we would have to go after them to enforce our zoning code,” Rickard said.

Under Washington law, there are provisions to protect the health, safety and welfare of communities and to allow councils to enact emergency moratoriums in instances like this, Rickard said.

City Council is not going to allow any hemp operations for now. They put a moratorium on marijuana operations six years ago and later decided to ban production or sale of marijuana in their city, according to previous U-B reporting.

City staff must put together a work plan within 12 months that entails having the planning commission and staff study regulations and any pending new laws, Rickard said.

The plan also requires the city to hold public meetings on the ideas and thoughts of what they should do, how they should handle hemp growing in the community and whether that is something that they want to allow in their zoning code, Rickard said. 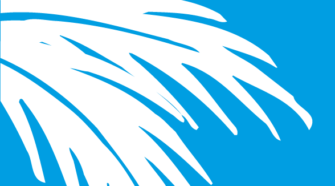