“Council’s 100-day work plan includes sprucing up the city through road works, water and sewer line rehabilitation and road markings among others.


“We will be doing both lane and parking bay markings along Julius Nyerere way, Cameron, Chinhoyi and Mbuya Nehanda. This is part of the contributions to the 100-day plan to ensure its success,” Mandaza said.


Road operations manager George Munyonga said they want the city to be fully marked by end of November.


Munyonga said they have used a different kind of paint which is more cost effective than the usual water paint which has to be renewed every three months at a cost of $75 000.


“We have decided to use thermo-plastic paint which we used on trial some years ago. This paint will cost around $300 000 but will last for seven years,” Munyonga said.

Another Shakeup At Elixinol Global – HempGazette 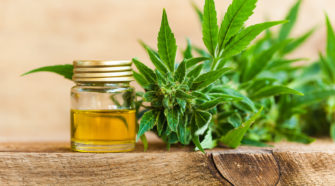