Charlotte’s Web Holdings, Inc. (TSX:CWEB, OTCQX:OTCQX:CWBHF) is moving past the stage of anecdotal results and moving more towards real research and development. The company is a market leader in the world of hemp-based CBD products but has been limited with the claims it can make since its products are essentially untested by any study trials.

The company announced it has created the Charlotte’s Web Labs (CW Labs) which will be an internal division for research & development. The R&D team will be under the leadership of recently hired Senior Vice President of Innovation, Tim Orr, who will lead CW Labs’ expanded team of a dozen external and internal research specialists based in Buffalo, New York, and Boulder, Colorado. Orr was previously at Johnson & Johnson and Abbott Laboratories, which brings a huge level of credibility to the work.

It’s a big boost to upstate New York as the R&D team will be headquartered on the Buffalo Niagara Medical Campus and CW Labs will be located in the Hauptmann Woodward Research Institute on the campus of the University at Buffalo’s Jacobs School of Medicine and The Center for Integrated Global Biomedical Sciences.

The company said that it would report its 2019 fourth quarter and year-end results via press release pre-market March 24, 2020.

Charlotte’s Web recently reported the results of the 2019 harvest versus 2018:

245% increase in total dried biomass to 2.34 million lbs. 22% increase in CBD potency. 10% increase in yield per acre. Estimated 36 thousand kg CBD harvested, with a 33% reduction per milligram of cost. Hemp Prices May Have Reached A Floor

It’s important that Charlotte’s Web was able to cut the harvesting costs of CBD. Hemp Benchmarks pointed out that in February the wholesale market saw a slowdown in the rate of decrease in CBD biomass prices, suggesting that we may be approaching the current floor. Hemp Benchmarks also said the one thing to keep an eye on is the bankruptcy of Kentucky hemp farmer GenCanna. CBD oil prices could be depressed further if GenCanna’s inventory is liquidated at below-market prices.

One issue holding back CBD companies from growing even bigger has been the lack of guidance from the FDA. Late last week the FDA said it was re-opening the public docket that was created for the May 2019 public hearing. “We have decided to extend the comment period indefinitely to allow the public to comment and to share relevant data with the agency. This docket also includes a mechanism for a stakeholder to submit data or information that the stakeholder believes to be confidential.” The FDA has also asked for an additional $5 million for its budget to address CBD regulations.

But then it tempered that by also saying, “We also have significant concerns about products marketed with false claims or statements such as omitted ingredients, incorrect statements about the amount of CBD, products marketed for use by vulnerable populations like children or infants, and products that otherwise put the public health at risk.” The FDA recently sent out warning letters to vitamin companies claiming that taking their products would boost resistance against Covid-19. Luckily, no CBD companies were attempting to make those claims.

Charlotte’s Web said it was heartened by the update from the FDA as it showed the agency was aware that consumers were taking CBD despite having no guidance.

The move to have a real R&D department led by respected scientists will give Charlotte’s Web the credibility it seeks. It will set the company apart from others in the eyes of the FDA and reassure confused consumers. The company also received seals of approval for its pet products from the National Animal Supplement Council (NASC) and the U.S. Hemp Authority. These kinds of designations will set Charlotte’s Web apart from other CBD companies.

The stock was moving up over 3% on the news and was lately trading at $3.92, coming off the 52-week low of $3.50. According to Yahoo Finance, seven analysts cover the stock and the average estimate for revenue for the quarter ending in December is $27.6 million with sales growing by 28%. The average price target is $14.46. If the company can show increasing sales during the cannabis bear market, investors will see the bargain of this price and feel the comfort that CW is moving in the right direction.

Disclosure: I/we have no positions in any stocks mentioned, and no plans to initiate any positions within the next 72 hours. I wrote this article myself, and it expresses my own opinions. I am not receiving compensation for it (other than from Seeking Alpha). I have no business relationship with any company whose stock is mentioned in this article.

Previous Hemp is not marijuana, and vaping is not harmless | Opinion - Lewiston Morning Tribune

Banking Rights in the Hemp Industry: We Need “SAFE” Banking – Ministry of Hemp 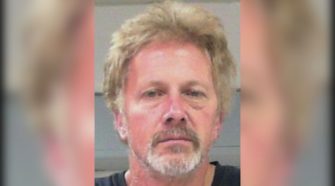