After more than 80 years of prohibition, hemp is legal again, and Carl Giuli is seeking to capitalize on it.


Giuli and his wife, Amy, recently opened NEPA Hemp at 2653 Memorial Highway in Dallas. They are selling products containing hemp or CBD, or cannabidiol, which are extracted from cannabis plants but they don’t produce the high that the chemical tetrahydrocannabinol, or THC, causes.


The Giulis, who also own Coal City Tavern in Luzerne with partners, showed the various products they sell include tinctures, pain creams, warming rub, cold rub and edibles like chocolate bars and gummies as well as pet products.


“The concept is everything is hemp-based,” Carl Giuli said, while also showing hats, shirts and socks for sale that are partially made with hemp. “We will be selling seeds shortly.”


Hemp formerly was banned across the country because of its relation to marijuana. The 2018 farm bill, however, allowed for industrial hemp production nationwide.


Giuli said almost everything manufactured can be made with hemp and there are a “wide variety of endless opportunities.”


They filed for permits to grow hemp and want to start manufacturing at a warehouse on Eley Street in Kingston, he said.


“We want to start making bioplastics,” he said. “We want to get into making hemp paper and hemp paper products. Basically, one acre of hemp provides the same amount of paper as four acres of trees. And it grows in three months instead of four years. It’s quicker. It’s more sustainable.”


Giuli, 39, said he wants to bring a hemp infrastructure into Northeast Pennsylvania because it doesn’t exist since it wasn’t legal for 80 years. He decided to open NEPA Hemp after personally seeing the benefits of CBD for pain.


“There are no psychoactive effects so it doesn’t get you high. It’s a pain reliever and anti-inflammatory. There are all kinds of benefits,” he said. “A lot of people don’t want to be high. They just don’t want to be in pain.”


NEPA Hemp is one of the latest stores to open in the area since CBD has become all the rage.


In November last year, former pharmaceutical sales representative Tim Norconk opened another business in Dallas selling CBD products. His store called “Your CBD Store” opened next to Lakeway Beverage on Route 118 and he sells SunMed CBD products made from hemp grown in the U.S. ranging from tinctures, bath bombs and topical creams to edibles, pet products and beauty products.


In Tunkhannock, Sarah Streby has operated PreHempt CBD Boutique at 18 E. Tioga St. since May of last year. She sells products ranging from tinctures for people and pets and edibles like chocolate, gummies and teas. She opened the store after using CBD to manage pain caused by her arthritis and fibromyalgia.


As the cannabis and hemp industries have continued to grow, Lackawanna College launched a Cannabis Business Development certificate program.


The program started a series of three-day courses in November at the Northeast Environmental Technology Center in Mayfield for students looking to enter careers in the growing industries.


Lackawanna College also offers an executive certificate program for current professionals looking to expand their knowledge. Taught by professionals in the cannabis industry, the program provides a foundation of basic cannabis knowledge combined with hands-on experience with hemp plants.


Dan Summa, director of the program, said students learn to grow hemp in Mayfield and research it. They also learn about the growing CBD market that Summa said is projected to hit $22 billion by 2022.


Since Lackawanna College launched its first class in November, it was filled with 13 students and some already have jobs in the industry, Summa said. The program could help prepare students for the jobs that will come if and when recreational marijuana becomes legal in Pennsylvania, which he said is a possibility.


The introductory course at Lackawanna College focuses on “compliance, cultivation and extraction” and students have opportunities to meet potential employers, Summa said. The next series of classes is expected to begin in February. 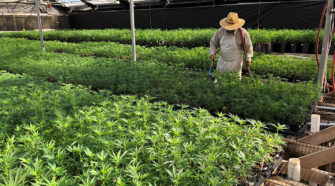