RACINE — A new CBD retail store near Downtown is also part lounge, and the owners also plan to add a café where one will be able to get CBD-infused beverages.

“At the core of it, we’re a CBD and hemp dispensary,” said co-owner Bob Pursley, who opened the business with Rob Warrender.

The store’s dab bar — so called because just “a little dab’ll do ya” — offers concentrates from the hemp plant that lack THC but have other properties when smoked, Pursley said.

“It smells the same, tastes the same, but there’s no THC, so it’s not psychoactive,” he said. “None of it will cause the typical head high associated with the marijuana product.”

Then why do people smoke it? “Physical effects,” Pursley replied. “It’s almost immediate for poor mood, anxiety, anger, things like that. It helps immediately with pain; it just doesn’t last as long as, like a tincture or an edible would. Those break down a little slower. They take a little longer to uptake as well.”

A former pipefitter, Pursley was injured on the job, underwent back surgery said he used CBD to help with his own pain.

“We have people that stop in on their way home from work and, instead of going to the bar for a few drinks to unwind, they come in here and do one or two dabs, and away they go,” he said.

The owners are only using a little less than half of their 1,300 square feet of floor space but plan to expand their hookah and dab bar lounge as well as add a café, Pursley said.

“The main focus would be coffees and teas, as well as smoothies, that you can either get (CBD-) infused or not.”

“We’re seeing that teas, coffees, things like that people can get infused are a draw,” he said.

Instead of using tinctures as Pursely said some big-city bars are starting to do and that will separate from the beverage, Elevated Apothecary will use a water-soluble CBD by a company called Lifted Liquids. “It’s head and shoulders above everybody else,” he claimed.

Pursley said they also plan to add a small stage in the back and bring in acoustic acts.

Among Elevated Apothecary’s best-selling items have been the pet products, Pursley said. Those include tinctures, sprays, cat treats and dog treats.

“The biggest thing that you find is: people who have animals that are extremely anxious: separate anxiety, going for car rides, fireworks,” he said. The products work great with his own German shepherd with neighborhood fireworks or during thunderstorms, Pursley said. 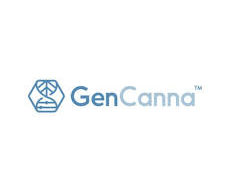