CBD has surged in popularity over the past few years among students and at shops near the University of Minnesota campus, despite it being a legal “gray area.”

Businesses have catered to the popularity of CBD by introducing new products in recent months. Although growing hemp, a plant containing CBD, was legalized nearly a year ago, some state officials say selling CBD products is not necessarily legal under current regulations. But neither state or federal officials have the resources to regulate the growing industry.

A state law will go into effect at the beginning of 2020 to legalize the sale of some CBD products as long as they meet certain requirements.

CBD, like THC, attaches to receptors in the body’s endocannabinoid system. If injured or in pain, filling these receptors helps the body return to its natural state, said Ann Philbrick, an associate professor in the University’s Department of Pharmaceutical Care and Health Systems.

“It’s going to kind of slow [the pain] down and tell your body, ‘Hey, everything is going to be okay. It doesn’t hurt that bad. You can relax,’” Philbrick said.

Nearly a year ago, Congress legalized commercial hemp production after including it in the 2018 Farm Bill following years of state pilot programs.

To legally grow hemp in Minnesota, the THC content must test at 0.3 percent or below. If hemp tests above this level, the grower must destroy the crop.

Growers purchase seeds that promise low levels of THC. But without many years of experience and a lack of research, some farmers accidentally grow crops that exceed the legal limit, said Joe Radinovich, executive director of the Minnesota Hemp Association.

Even though CBD products are hemp-derived, they could be considered illegal because they meet the FDA’s qualifications for a drug, said Cody Wiberg, executive director of the Minnesota Board of Pharmacy. CBD’s packaging often makes health claims and can be perceived by consumers to have health benefits.

Drugs sold in the U.S. must be approved by the FDA, said Wiberg. CBD has not been FDA-approved.

But federal and state regulators don’t have the time or manpower to enforce the law within this growing industry. Instead, they only respond to product complaints, Wiberg said.

“The proverbial genie is out of the bottle. There’s no way that even the FDA has the resources to shut down every entity that is out there that is manufacturing or selling the products,” he said.

A law passed at the state Legislature earlier this year will make some CBD drugs and dietary supplements legal to sell as long as they meet certain labeling and testing requirements.

“Partially because we realize this industry’s here to stay, we’re not trying to shut it down. We are trying to work with legislators so that the products that are out there are safer,” said Wiberg, who helped draft the legislation.

The number of state-issued hemp growing licenses increased by nearly 700 percent between 2018 and 2019. Minnesotans in 80 of the state’s 87 counties currently hold licenses, according to the Minnesota Department of Agriculture.

“People want to be at the front end of a boom,” Radinovich said. “There’s a real niche for this product going forward and a lot of people recognize that.”

One of these growers is Wally Sakallah, owner of Hideaway and Cosmic Bean Dispensary. Since receiving his license in January, Sakallah has grown hemp at an indoor greenhouse in Northeast Minneapolis. Sakallah uses harvested hemp flowers to make some of the CBD products he sells.

“For me, I have a unique situation because I’m the grower, the manufacturer and the retailer, so there is no middle people in between,” Sakallah said.

Taylor Cook, a University sophomore, said she occasionally uses CBD oil to help relieve soreness and tight muscles. When she goes to Cosmic Bean Dispensary, she usually gets 10 or 15 milligrams of CBD in her coffee.

“I come here to study so it just kind of like helps me relax,” she said.

Sakallah waited until hemp was legalized to begin selling the product. But, he says he saw a demand for the product a few years ago.

Sakallah will respond to increasing interest in CBD products by opening a CBD yoga studio in Dinkytown next month. He plans to hold the first class on Dec. 15.

Despite encountering legal problems before opening Cosmic Bean Dispensary, the Minneapolis Health Department eventually told Sakallah he could sell CBD products and food if they are kept separate.

CBD regulations are constantly changing as officials try to catch up with its popularity.

“It’s really kind of like a gamble every single day because there’s nothing really clear cut until there are more rules and regulations written,” said Stella Chalik, the founder of CBD Infused Edibles, a Chicago-based company that makes the CBD-infused baked goods sold at Fresh Thyme in Prospect Park.

Chalik started her company three years ago after she began using CBD to relieve chronic back pain. Since entering the industry, Chalik has seen a flood of new products, but that can come at a cost.

Peter Morrell, associate professor in the University’s Department of Agronomy and Plant Genetics, said consumers need to be wary about the products they buy. Morrell co-teaches a course on cannabis that debuted this fall.

CBD products could have high amounts of THC or something else entirely, he said.

Packaging for CBD Infused Edibles features a QR code that allows customers to see lab results, detailing the amount of CBD and THC in the product. Hideaway in Dinkytown offers free CBD testing.

“If you go to the convenience store on the corner and buy something that says CBD, it may have anything from zero CBD to really large amounts of THC in it,” Morrell said. “There’s no guarantee of what you’re getting.”

Previous Missouri hemp associations seek to operate under state, not federal, guidelines for 2020 - The Missouri Times 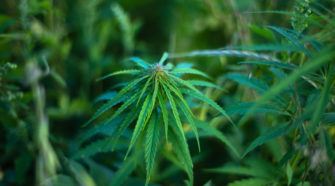