As the market for medical and recreational marijuana blossoms across Michigan in the wake of its newfound legal status, a lesser known (but arguably just as lucrative) side of the industry is starting to make some inroads.

A sold-out crowd filled the Lansing Center last weekend for the inaugural Midwest iHemp Expo. Organizers have since labeled it as one of the largest gatherings of industry insiders in the country following the first legal hemp harvest in Michigan since World War II. And the economic forecast calls only for rapid growth in 2020.

“Michigan has a strong manufacturing base and a strong agricultural base. We’re seeing some players coming to this market with innovative ideas that will really help the hemp industry grow,” said Dave Crabill, a hemp grower and the vice president of iHemp Michigan, an organization founded in 2018 to support the industry.

“It’s going to take some time, energy and creative thinking, but we’re confident that Michigan is going to be a major player in the hemp industry. I think we’re already starting to see that,” Crabill added. “We certainly have the enthusiasm, and we seem to have the right mindset to learn and share from one another to make it happen.”

Hemp — often labeled as the straight-laced cousin of the buzz-inducing marijuana plant — is a species of cannabis grown specifically for fiber and CBD rather than THC, the psychoactive component in weed that gets people high. Its industrial uses are constantly expanding to include paper, clothing, biofuels, plastics and more.

Michiganders since 1938 have been legally prohibited from growing hemp. That changed last year when it was removed from the list of federally controlled substances following the passage of the 2018 U.S. Farm Bill, subsequently legalizing its production and distribution and giving states the authority to regulate the market.

Unlike the marijuana industry, Michigan oversees hemp through its Department of Agriculture and Rural Development. Officials are still awaiting a formalized ruleset from the federal government, but a research-based pilot program for farmers allowed growers and processors to get a jumpstart on their crops last year.

State officials said up to 603 growers worked alongside 483 processors and handlers to harvest a total of about 18,000 square acres of indoor- and outdoor-grown hemp across Michigan last year. A report with additional statistics — including a total harvest weight — is expected to be released sometime in the spring, officials said.

Another 238 growing licenses have been issued as momentum builds for this year’s growing season. And some hemp insiders suggested the return on investment could exceed $19,000 per acre amid a billion-dollar industry.

“Michigan is uniquely positioned to grow, process and manufacture industrial hemp as one of the nation’s most agriculturally diverse states,” said Agriculture Department spokeswoman Jennifer Holten. “This emerging crop not only creates new opportunities for our farming community, but also offers an avenue for new businesses to develop.”

Under state law, harvested hemp cannot exceed 0.3% THC or else it may need to be destroyed. And while its industrial uses can vary across the manufacturing marketplace, Michigan’s hemp industry has been booming for mostly one reason: CBD. It might not produce a high, but studies point to a broad spectrum of health benefits.

“CBD is the shiny object in the room right now,” Crabill said. “It’s going to remain that way for the next couple of years, at least until we have a rich uncle set up some processing options for the fiber. Companies like Patagonia or LEGO would love to incorporate it in their products, but we’re just not prepared to process it.”

Crabill said a shortage of processors to match an enthusiastic army of hemp farmers in Michigan has somewhat stalled the rollout of the industry. State officials have long recognized the steep learning curve for everyone involved in the budding commodity, but remain optimistic about the future of statewide hemp production.

“Processing hemp fiber at scale can be very capital intensive,” Crabill explained. “These people aren’t going to make money right away. We need tens of thousands of acres of hemp to satisfy even the most minor demands. It’ll happen, but it’s going to take a little more energy and arm-twisting in the marketplace to see it through.”

And Michigan’s established and aspiring hemp farmers and processors — many of whom crowded the Lansing Center over the weekend — are ready to push the industry forward. Agricultural technology continues to evolve. Processing techniques are always being explored. A newfound entrepreneurial spirit lingers in the air.

Fabio Rodi, founder of Vermont-based Icon Processors, is among those hoping to cash in on Michigan’s hemp market. His out-of-state processing facilities can handle about 2,000 pounds of hemp daily, but his company already has plans to expand north of Detroit to process up to 10,000 pounds of hemp a day.

“We expect that in Michigan and in the Midwest, there will be more farms growing hemp for CBD, but there’s also going to be a lot of people producing for the industrial side of the industry,” Rodi said. “Strategically, Michigan is in a unique position and we expect to see some big production for all of these different industries.”

Under state law, those growing, processing and handling hemp are required to pay annual licensing fees — up to $1,350 for processors — in exchange for Michigan’s regulatory greenlight to harvest their crops. As a caveat of the pilot program, those entrepreneurs are technically producing state “research” in order to make it all legal.

Growers and processors also need to identify their growing locations to state officials, but they’re exempt from public disclosure. And unlike the marijuana industry where cities and townships can opt out of the market, the right to grow hemp is ingrained into state law and cannot be superseded by any prohibitive local ordinances.

Still, a slowly dissipating stigma of “reefer madness” across the country has affected the hemp industry as well.

Crabill said because hemp (and CBD) were not commercially available in the U.S. during the last 80 years, it’ll take some extra time to educate both entrepreneurs and consumers about its potential uses and demonstrable health benefits.  And the sooner people realize you can’t get high off hemp, the better, he said.

“It’s not just about money, it’s about health benefits for the consumer too,” Crabill said. “You hear these stories all the time, and they’re coming out more and more. People are using CBD as a way to deal with pain or anxiety or sleeplessness. It’s about education. For the last century, we’ve had this massive campaign to vilify cannabis. That’s a lot of momentum to overcome and it’s not going to happen overnight, but I think we can all get there.”

While the 2018 U.S. Farm Bill authorized the commercial production of hemp, state regulators are still awaiting a finalized set of rules from the USDA on the establishment of a domestic hemp program. In the meantime, the Agriculture Department will continue its pilot program into 2020 until formal changes can be made to state law.

Once statutory changes are passed by the legislature, the Agriculture Department will then submit Michigan’s industrial hemp plan and — once that is approved — will provide added oversight of the state’s commercial hemp program. The 2019 and 2020 seasons, in the meantime, serve as massive, state-wide learning opportunities, state officials said.

Next Farmers to begin growing hemp in La. in spring, but must jump through some hoops first - WAFB 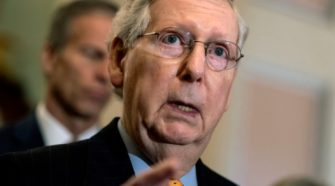