It’s a problem that virtually all cannabis professionals have had to face at least one time—or a succession of times—in their careers. For Sabina King, 42, CEO of Ashland, Oregon-based Hempure CBD, a maker of hemp-derived CBD products, the industry’s prevalent banking challenge has been the scourge of her once promising startup. But this balm of familiarity has done little to ease her dilemma.

“If somebody told me all about the obstacles I would encounter [in the CBD space], I’d say no way,” she said. Although Hempure CBD does “have a proper bank to hold our money,” noted King, a one-time physiology student, finding and retaining merchant processors has been an ongoing struggle. The situation came to a head last May when the company’s latest merchant processor bailed following a decision to drop all CBD clients. What made it especially frustrating was that it followed a period when there was an upswing in sales for her business.

“The amazing thing is that we didn’t hear from [our merchant processor] at all,” she related. “We had to hear about it from the news.” Seeking a remedy for this predicament, King is contemplating several solutions: “We can wait it out until the banks don’t see this as high risk. We may go offshore. Every day is a new story and a new decision. We don’t know what the future holds with that.“

Hempure CBD adheres to FDA guidelines, meaning they do not contain THC, the psychoactive ingredient in cannabis that gets users high, said King; in fact, according to the Farm Bill, which passed in the U.S. Senate late last year, CBD and hemp, unlike its psychotropic cousin marijuana, are now legal. So why are financial companies, payment providers and myriad others cancelling accounts?

It’s a loaded question that defies explanation but it’s one that rankles cannabis/hemp advocate and Colorado entrepreneur Morris Beegle, especially because he has experienced the discrimination firsthand. Recently, Beegle severed ties with the news wire service he used for five years: the company got a warning from their credit card provider that they can no longer distribute content that mentions CBD, marijuana, hemp and the like on the news wire service’s platform.

A co-founder and president of the exclusively hemp-related  WAFBA (We Are For Better Alternatives) family of brands, which include the NoCo Hemp Expo, Beegle said he has faced similar discrimination with social media platforms like Facebook and Instagram, which he claimed have blocked him from advertising his businesses and products since 2015. Interestingly, recent news reports have alleged that Facebook would allow “some” advertising for CBD and hemp products but only under extreme restrictions: “Advertisers can run ads that direct to landing pages that feature ingestible hemp and topical CBD,” wrote DigiDay, an online trade magazine for online media. “But the ads cannot specifically feature those products.” Beegle does not know of anyone who has been allowed to advertise on Facebook since the social media giant purportedly relaxed its CBD advertising ban.

He feels the pharmaceutical industry may be largely to blame for this discrimination. “It’s really the driving force that’s behind cannabis prohibition,” explained Beegle. “They’re losing market share in states where they have medical marijuana because they’re not using opioids there. People are taking medical marijuana because the results are better and it’s not hurting their body like pharmaceuticals.” 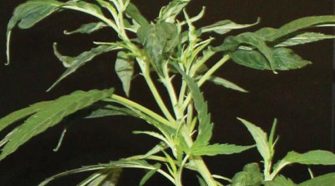