Halftown said the approval allows hemp to be grown within the Nation’s former 64,015-acre reservation in Seneca and Cayuga counties, property that forms a horseshoe around the north end of Cayuga Lake.

The Cayugas sold that land to the state in 1795 and 1807. They sued the state in federal court — unsuccessfully — for return of the land, which includes 42,000 acres in Cayuga County and 22,000 acres in Seneca County in the towns of Seneca Falls, Fayette and Varick. The nation has bought 1,200 acres from willing sellers since 2005 and applied to put 129 acres into federal trust. A decision on that application is pending.

The USDA approval follows the nation’s submission of a “Nation Plan” to the agency as permitted by the 2018 Farm Bill. Under that bill hemp is no longer considered a controlled substance but an ordinary agricultural commodity. Federal law defines hemp as cannabis plant species that has a 0.3 percent concentration or less of tetrahydrocannabinol; more widely known as THC, it’s the hallucinogenic chemical in marijuana.

The Farm Bill also permits tribal governments to exercise direct control over hemp within their lands, free from state or local oversight.

“The Cayuga Nation is excited about this new opportunity to expand and diversify our commercial activities within our reservation,” Halftown said. “The Farm Bill recognizes the right of Indian nations to have authority over hemp production on our lands without interference from any other governments. It is a right wholly consistent with our sovereignty.”

The Cayugas’ sovereignty remains a bone of contention, however, because none of its land has been placed into tax-exempt federal trust as yet. The Cayugas do not have sovereignty over land within the original, 64,015-acre reservation.

Halftown said the Nation is considering a number of sites within its holdings to begin growing hemp.

“We are anxious to begin planting and getting to market as soon as the weather permits,” Halftown said.

Hemp is a green, leafy plant that can be used for a variety of industrial and medicinal purposes. 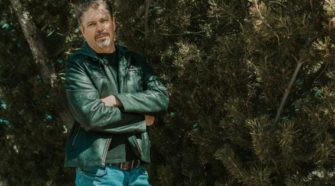