While industrial hemp is already been grown in the county on a limited basis, the new ordinance — Chapter 5.26 of Madera County’s INDUSTRIAL HEMP Agricultural Code — opens the door to significantly greater growth while establishing specific guidelines with regard to County liability, permitting and enforcement.

“This is a cash crop that Madera County can really make some money on,” District 5 Supervisor Tom Wheeler said last year when the new ordinance was first being discussed.

According to Madera County Agricultural Commissioner-Sealer Stevie McNeill, some industrial hemp farmers around the country are reportedly grossing as much as $50,000 an acre. By comparison, almonds gross about $5,200 per acre, McNeill reported. Industrial hemp does not take any more water to grow than cotton or almonds — and it can yield two crops a year.

Now widely defined as an agricultural commodity, much of the new interest in industrial hemp is for its Cannabidiol (CBD) oil properties. CBD oil extract, already a multi-billion-dollar-a-year industry, is used for therapeutic purposes and also is being infused into a variety of products including lotions, ointments, drinks, snacks and human and animal food supplements.

Supervisor Wheeler is a big fan of CBD oil. “The stuff really works on my pain,” he said earlier this year.

The ag commissioner’s office has been working on updating County policy on industrial hemp since 2019. Last month, a set of proposed new regulations was pulled from supervisors’ regular meeting agenda at the last minute, reportedly because of concerns voiced by local farmers and the Madera County Farm Bureau about specific language contained in the new ordinance.

The most recent draft supervisors will review Tuesday states that the purpose and intent of the ordinance is “to implement a program to regulate the cultivation of hemp in a responsible manner in order to protect the health, safety, and welfare of the residents of the County of Madera and enforce rules and regulations consistent with state and federal law.”

The staff report supporting the ordinance supervisors are being asked to approve this week states:

“The regulations that will be put in place by the Ordinance are rationally related to the County’s interest in allowing the cultivation of industrial hemp, while also mitigating the unique legal, land use, environmental, and public health and safety issues associated with this particular agricultural commodity. The regulations will be applied consistently throughout the County and are designed to be no more restrictive than are necessary to adequately address the aforementioned issues.”

The same staff report also states: “It should be noted that state law and regulations regarding industrial hemp production are in flux, and may change in the near future, possibly necessitating future amendment of the Ordinance and the definitions contained therein.”

Under the proposed new ordinance, county registration and issuance of a county permit will be required to cultivate industrial hemp either as an EARI (Established Agricultural Research Institutions) or a commercial grower.

The new ordinance allows for only one County permit to be issued per person/business.

Other highlights of the new ordinance’s language include:

“Parcels for commercial growers will be a maximum of fifty (50) acres in size.
Parcels for EARIs will be a maximum of one (1) acre.
EARIs are limited to those “Institutions of Higher Education,” as defined under federal law.
Parcels must be located outside of the adopted sphere of influence and Urban Growth Boundary Lines of any municipality.
Parcels must be located at least one-half mile from any Sensitive Receptors, and one-quarter mile from any residences (excluding those of the permittees, and those for whom the owners have provided written consent).
Permittees may be liable for all abatement and enforcement costs under the ordinance, including costs associated with multiple responses to cultivation locations for hemp thefts or other criminal activity related to hemp cultivation.
Permittees must consent to County inspection of cultivation locations to ensure compliance with the Ordinance and permit conditions.”

If supervisors approve the new ordinance this week on its first reading, a second reading will be set for May 19 after which the ordinance will become law.

Visually, the types of industrial hemp grown commercially for CBD oil are “indistinguishable” from the high THC cannabis strains used for recreational purposes, the staff report notes. Which is why, if approved, all industrial hemp growers in the county will have to place “high-visibility” signage in fields identifying their crop as hemp.

The most recent staff report also notes that County costs associated with conducting programs and enforcement of new industrial hemp operations “are not completely known.”

“The proposed Ordinance provides for a permit application fee that may be adjusted periodically as necessary to fully recover costs associated with application processing, and implementation and enforcement of the Ordinance,” the staff report states. “Additional costs for enforcement and abatement may also be recovered from permittees through the cost recovery and multiple response provisions of the Ordinance.”

The Madera County Sheriff’s Office reported that over a six-week period in August and September of 2019, there were 87 calls for service related to plantings of industrial hemp in the county. Those calls, all but one coming from the same operation, resulted in 46 arrests.

Next Over abundance of hemp - WCAX 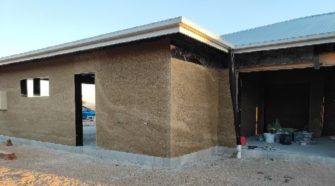