A hemp grower suing Carson City over the right to cultivate on open space land does not have a valid lease to the property, according to the city’s response to the suit filed Monday.

The property’s previous owner has the right to use or lease the land for agricultural purposes and, according to Tahoe Hemp, the business entered into a lease with the Jarrad family trust for about 98 acres.

“I have explained that we have instructed the party that commenced brush clearing to discontinue those efforts until he has a written lease in place with the Jimmie Peter Jarrad Children’s Trust, and, hopefully we address the concerns of the city regarding continued agricultural use on the property,” the reply read.

A second letter dated Oct. 2 says a written lease was still not in place as the parties waited to work out issues with the city.

“The first cause of action for breach of contract fails as a matter of law because Tahoe Hemp does not have a valid lease with Jarrad and does not have standing to assert claims against Carson City,” reads the city’s response to the suit.

Related to that, the city also cites Tahoe Hemp’s failure to include the Jarrad trust or the Nevada State Lands in the suit as interested parties.

The grant stipulates that the property be used for “open space purposes,” as well as “ranching and purposes that are consistent with the protection or enhancement of wildlife habitat,” vegetation, cultural resources, riparian corridors, floodplains or wetlands.

If the terms of the grant are violated the city could be required to return the grant money and the property.

In addition, municipal code says open space must be preserved and maintained in “near natural condition.”

In all, the city makes nine arguments the suit should be dismissed, including that city code prohibits it and the city would take on significant additional liability with hemp growing there, which invalidates any agreement between Tahoe Hemp and the previous owner.

Tahoe Hemp is seeking $15 million in damages and legal fees.

Next, Tahoe Hemp will respond by March 26 and the city has seven days after to reply, after which a judge could decide or set a hearing, according to Jason Woodbury, district attorney. 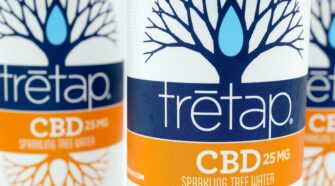