The next Carson City Board of Supervisor’s meeting will be held Thursday, April 16 beginning at 8:30 a.m. in the Sierra Room of the Community Center.

On the docket for discussion include zoning changes, a hemp moratorium, budget amendments, and more.

NOTICE TO PUBLIC: The State of Nevada and Carson City are currently in a declared State of Emergency in response to the global pandemic caused by the coronavirus (COVID-19) infectious disease outbreak. In accordance with the Governor’s Declaration of Emergency Directive 006, which has suspended the provisions of NRS 241.020 requiring the designation of a physical location for meetings of public bodies where members of the public are permitted to attend and participate, public meetings of Carson City will NOT have a physical location open to the public until such time this Directive is removed.

•Members of the public who wish only to view the meeting but do NOT plan to make public comment may watch the livestream of the Board of Supervisors meeting at www.carson.org/granicus and by clicking on “In progress” next to the meeting date, or by tuning in to cable channel 191.

•The public may provide public comment in advance of a meeting by written submission to the following email address: publiccomment@carson.org. For inclusion or reference in the minutes of the meeting, your public comment must include your full name and be submitted via email by not later than 3:00 p.m. the day before the meeting.

•Members of the public who wish to provide live public comment may do so during the designated public comment periods, indicated on the agenda, via telephonic appearance by dialing the numbers listed below. Please do NOT join by phone if you do not wish to make public comment.

— In Community Development, a second reading will be held regarding Bill No. 103, an ordinance changing the zoning from Conservation Reserve to Single Family One Acre, on property located on the south side of Kelvin Road and on Chachet Court, Corrine Court, Gabrielle Court, and Danielle Drive.

The subject request was included in the 2019 Annual Master Plan Report as a land use mapping correction. The subject lots were created in 1993 and are approximately one acre each. The subject properties are zoned for a 20-acre minimum lot size. Based on a use permit issued in 1979 and early 1980, these lots have been subject to the standards of the Single Family One Acre zoning district. The proposed map amendment will make the zoning consistent with the regulations being applied. The Board of Supervisors is authorized to amend the zoning map.

— A discussion and possible action will be held introducing an ordinance declaring a moratorium, for a period of up to 180 days with the ability to extend it by resolution for up to an additional 60 days, on the acceptance and processing of planning or other applications for the cultivation of hemp in Carson City.

Federal and Nevada laws allow the cultivation of hemp and manufacturing of certain products from hemp. Though similar in appearance, hemp as different characteristics than cannabis (marijuana) and is regulated separately from cannabis, according to the agenda. The cultivation of hemp may have some of the same potential negative impacts as the cultivation of marijuana, such as objectionable odors that may create a public nuisance to adjacent properties. The initiation of a moratorium on hemp cultivation and drying facilities will allow city staff time to develop, for possible consideration and approval by the board of supervisors, appropriate regulations for such operations, including location and operational standards, according to the agenda.

— Discussion regarding adding another property to the Historic District will be held, with the possible addition of 1614 North Curry Street.

According to the agenda, the subject property is listed in the Carson City Resources Inventory, completed in March 1980 and updated in 1988. Per the survey, the home was constructed in the early 1900’s. The owner has requested that the home be added to the Historic District; current records do not indicate that this property is in the Historic District. However, in staff reports from December 1, 1994 and July 6, 1995 regarding an open space use assessment, the property is described as being located within the historic district. Therefore, this item also removes any confusion concerning the historic designation of the property. Per Carson City Municipal Code and NRS, the Board of Supervisors may create and expand the historic district by resolution.

— A public hearing will be held on the intention of the board to act upon a proposed resolution authorizing a medium-term obligation in an amount of up to $7.74 million to finance the cost of refusing certain outstanding obligations of the city.

Discussion will also be held regarding Fiscal Year (FY) 2020 Capital Improvement Plan payments and purchases and which purchases can be delayed due to COVID-19’s effect on the local economy.

FY 2021’s tentative budget will also be discussed, including any reductions that could be made.

For these items and more you can view the full agenda by clicking here. 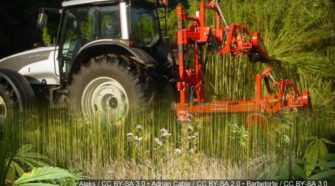