Lawmakers in the Georgia House are mulling a requirement that everybody who’s legally carrying a leafy substance in the cannabis will need to show a license proving they’re in the hemp business. Uriel Sinai/Getty Images

After Georgia’s 2019 legalization of hemp, the low-THC, no-high cousin of marijuana, some prosecutors stopped pursuing small illegal weed cases because they can’t easily tell the difference between the two.

In response, lawmakers in the Georgia House are mulling a requirement that everybody who’s legally carrying a green, leafy substance in the cannabis family better be able to show a license proving they’re in the hemp business.

“If the person doesn’t have a license for hemp, they’ll be charged as 16-13-30,” the code section for the state’s marijuana law, said Robert Smith, general counsel of the Prosecuting Attorneys’ Council of Georgia, explaining the proposed legislation at a House hearing Wednesday.

Georgia law allows cultivating, processing and possessing hemp that’s below 0.3% THC, the chemical in marijuana that causes a high. But the state Department of Agriculture is still working on rules and regulations, and has yet to issue a license.

Local law enforcement using color tests and microscopic examination cannot determine the level of THC in a cannabis sample and those are presumptive measures that don’t prove a sample is marijuana.

A machine that can measure THC levels costs $65,000, said Deneen Kilcrease from the GBI’s crime lab. Each test costs about $80, she said.

So it could get costly for jurisdictions to test every small amount of green, leafy substance that cops find.

Possession of less than an ounce of marijuna is a misdemeanor in Georgia. Some first offenses can be dismissed, or can come with a drug court supervisory assignment rather than jail time.

State Rep. John Corbett’s House Bill 847 makes a number of other clarifications to Georgia’s hemp bill, including documentation, background checks for people in the industry and when and how to test hemp in the field for THC.

The state House Agriculture Committee discussed details for about an hour. Corbett, a Lake Park Republican, and others plan to revise the language further and vote on it as early as Feb. 18 when lawmakers return from adjournment. 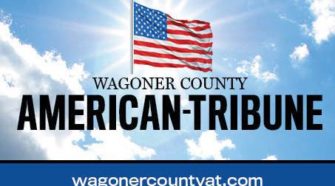