In 2018, Canada was the first country to legalize recreational marijuana. Clearly, the cannabis industry is at the forefront of a global metamorphosis with countries like the United States and Mexico running right behind their northern neighbor’s lead.

Two-thirds of the United States have approved medical cannabis while ten states have legalized adult-use marijuana. However, cannabis remains illegal on the federal level. In fact, the drug is still sitting at a Schedule I classification, the same ranking as heroin and cocaine, with a high probability of addiction and abuse without any medical benefits.

The Schedule I classification has fended off nearly all Canadian pot stock to be traded in the United States for the longest time, however, when President Trump signed the 2018 Farm Bill to legalize industrial hemp, pot stocks are jumping into the U.S. markets.

Canopy Growth (NYSE: CGC) is the largest marijuana stock by market capital. As of January 14th, the state of New York awarded Canopy a license to process and produce hemp.

CBD is a byproduct of hemp, and now that it is completely legal, Canopy Growth will capitalize in this production and manufacturing space. Rope, paper, shoes, animal feed, and clothing can also be extracted from hemp.

In Canopy Growth’s press release, they will be investing somewhere between $100 million and $150 million into New York operations that will produce all forms of the hemp extraction. Canopy is expected to announce the location of its extraction facility in New York within the next 100 days.

Canopy Growth is defiantly not the wealthy “new kid on the block” in the cannabis industry. In fact, they are a very established figure. Canopy has successful operations all over the world. One of their sites in Saskatchewan harvested more than 190 million square feet of hemp during its first season and expect to yield 7,000 kilograms of CBD each year.

Although Canopy Growth will create plenty of new jobs and innovate the United States cannabis industry, Canopy is the least likely of all major marijuana growers to make a good profit.

Canopy Growth is currently completing 5.6 million square feet of growing space, marketing, building its brand, expanding the product line, moving into international markets, and making acquisitions. These are very timely and costly operations. There’s a good chance that despite the amount of revenue brought in, the company will lose a lot in the provisional period.

Canopy’s last quarterly report delivered around 215 million Canadian dollars loss on an operating basis. Although recreational sales are not factored into this number, Canopy’s stock costs will likely be more expensive than any other cannabis company’s stock.

Before Canada passed the Cannabis act last June, the amount of projected legalized recreational sales pushed Canopy’s stock to a higher price. However, Canopy is still a while away from producing anything profitable for the next year, investors will need to proceed with caution.

Next 2019 State Cannabis Legislation: The Bills to Watch 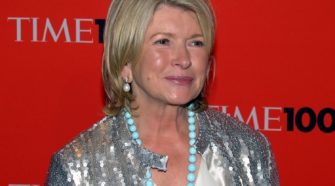