As of this month, The State of New York has granted Canopy Growth Corporation with licensing to grow and produce industrial hemp. Since the 2018 Farm Bill legalized CBD, Canopy Growth intends to capitalize on investment opportunities in New York through the establishment of Hemp Industrial Park. Canopy Growth has goals to establish large-scale production capabilities with an emphasis on hemp extraction and product engineering in the United States while innovating the market and creating new jobs.

Canopy Growth is an international corporation with cannabis growth and development operations in fifteen countries across five continents. The renowned company specializes in high-grade cannabis products and education to innovate the global medical community. Their expertise in cannabinoid extraction for standardized medicinal products has received GMP certifications at their headquarters in Smiths Falls, Ontario.

According to Canopy Growth’s Chairman and CEO, Bruce Linton, producing and manufacturing more CBD products will make quite the dent within the health industry as CBD is a powerhouse cannabinoid that holds a variety of holistic properties. Also, opening a new manufacturing facility will create an abundance of jobs within this innovative market.

Canopy Growth plans to invest anywhere between $100-$150 million dollars into the New York operations while producing mass quantities of hemp extract annually. The investment will push the company into a front-runner position within the United States’ hemp market.

Senator Chuck Schumer was a prominent voice that pushed for the signing of the 2018 Farm Bill to federally legalize the manufacturing and sales of hemp-derived extracts.

“I fought so hard to strip the burdensome federal regulations from industrial hemp in our Industrial Hemp Farming Act of 2018, which was recently included in the Farm Bill because I knew how much it could mean to the Southern Tier, and this investment proves it. I’m so pleased that Canopy Growth is joining my efforts to make the Southern Tier the Silicon Valley of industrial hemp production and research and will keep pushing to see industrial hemp become a true cash crop in the region,” said Senator Schumer.

Canopy Growth is currently in the process of evaluating how many sites will go up in the Southern Tier of New York. This will be one of their first extraction locations outside of Canada. There will be a specific location announcement within the next one hundred days.

Canopy Growth is the anchor business at Industrial Hemp Park. Other companies can join Canopy as a third party to also manufacture and produce hemp through any potential application. This venture will inevitably maximize employment opportunity with long-term economic gain for the communities.

Additionally, the company intends to entirely source its hemp from American Farmers. Canopy Growth believes that the industry will thrive with American Farmers at the backbone of operations. Their expertise in formulation and extraction will innovate the industry’s CBD products and medicines. The company is very optimistic about the marketability and sales of hemp-derived products within the United States.

Next Senators Nudge the FDA to Authorize CBD Products 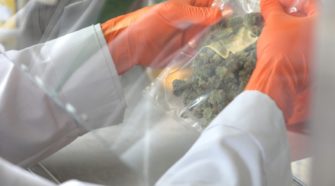