Stocks were mixed in morning trading Tuesday, thanks in large part to mixed news on the trade war front.

Reports from both the Wall Street Journal and South China Morning Post noted improvements in the tone of conversations between U.S. and Chinese trade officials, possibly indicating that progress could be made on a deal when the sides meet at the G-20 conference later this month.

On the other hand, trade tensions between the U.S. and Europe appear to be ratcheting up again, with reports suggesting that President Trump wants to use the threat of auto tariffs as a negotiating tool. The president also tweeted this morning about France’s tariff practices for wine.

Investors were also discouraged by yet another profit warning from an Apple (AAPL – Free Report) supplier. Today it was Qorvo getting in on the action, issuing a release that lowered its earnings and revenue forecasts and hinted that Apple was the likely culprit.

On the first half of today’s show, Ryan covers all of the above stories. Make sure to check out the episode for all of the key facts as well as the host’s own perspective on the news!

Later, Ryan is joined by Zacks Strategist Dave Bartosiak to discuss the wave of marijuana companies reporting their latest earnings results this week.

Cronos Group (CRON – Free Report) already got the party started, posting a quarterly loss of 4 cents per share on revenue of $3.76 million before the bell Tuesday. This loss was wider than expected, but the company comfortably topped sales estimates.

Ryan and Dave discuss expectation setting, interpreting the results, and navigating the unknown elements of this industry. Make sure to check out the show to hear more!

The Hottest Tech Mega-Trend of All

Last year, it generated $8 billion in global revenues. By 2020, it’s predicted to blast through the roof to $47 billion. Famed investor Mark Cuban says it will produce “the world’s first trillionaires,” but that should still leave plenty of money for regular investors who make the right trades early. 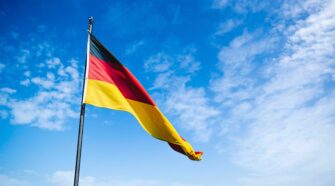