Cannabis is well known for its anti-inflammatory effect, which is why researchers previously believed it couldwork as a treatment for Crohn’s and other inflammatory bowel diseases. A new study, however, suggests that might not be the case.

A group of Israeli researchers recently conducted a study evaluating the effectiveness of cannabis oil in treating symptoms of Crohn’s disease. They found that 65 percent of the patients involved in the trial saw their symptoms go into remission after eight weeks of treatment. That’s in line with other research that found cannabis to be an effective treatment for Crohn’s symptoms. Despite this, the marijuana didn’t actually reduce gut inflammation in participants.

“We have previously demonstrated that cannabis can produce measurable improvements in Crohn’s disease symptoms but, to our surprise, we saw no statistically significant improvements in endoscopic scores or in the inflammatory markers we measured in the cannabis oil group compared with the placebo group,” Dr Timna Naftali, the study’s lead researcher, said in a statement. “We know that cannabinoids can have profound anti-inflammatory effects but this study indicates that the improvement in symptoms may not be related to these anti-inflammatory properties.”

Endoscopic scores are an index used to measure the severity of inflammation experienced by an inflammatory bowel disease patient. Since the participants in Dr Naftali’s trial didn’t see any improvements in their endoscopic scores, that means that the inflammation in their bowels wasn’t lessened, even though patients reported relief from their symptoms.

Naftali says his findings show “very good grounds to believe” that cannabis makes an effective treatment for Crohn’s and his research group will continue to look at the potential for cannabis-based treatments to inflammatory bowel diseases.

Next What Is CBD? 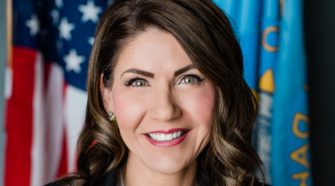 Industrial hemp is not the answer – Sioux Falls Argus Leader