The groundbreaking year for the marijuana industry marches on. Vermont became the first U.S. state to legalize recreational cannabis entirely through the legislative process, numerous over-the-counter-listed pot stocks uplisted to reputable U.S. exchanges, and the first cannabis-derived drug was approved by the Food and Drug Administration. Now, Canada has waved the green flag on adult-use marijuana.

What does this mean for the legal weed industry? How about billions upon billions of dollars in added annual sales. Although it’ll take the industry a few years to finish their capacity-expansion projects, the overwhelming expectation is that marijuana stocks will be seeing a lot of green as a result.

It’s not just growers that are looking to benefit from recreational cannabis becoming legal. Ancillary players are aiming to support the cannabis industry, and brand-name companies are looking to get their hands on alternative weed products, such as vapes, edibles, concentrates, and cannabidiol (CBD)-infused beverages. CBD is the non-psychoactive cannabinoid best known for its perceived medical benefits.

The latter of these alternatives, cannabis-infused beverages, have especially been on fire of late. Previously unheard of companies like New Age Beverages Corp. (NASDAQ:NBEV) and India Globalization Capital (NYSEMKT:IGC) announced their intent to introduce CBD-infused beverage lines in the U.S.and they subsequently saw their share prices skyrocket. New Age Beverages soared more than 480% in the weeks following its announcement, while India Globalization Capital catapulted higher by more than 1,300% in a span of just weeks.

But the fact of the matter is there’s a lot about the cannabis-infused beverage industry that investors probably don’t know or realize.

1. Infused beverages aren’t legal and there’s no concrete timeline when they will be

To begin with, infused beverages aren’t legal in Canada, despite recreational weed getting the green light.

When the Cannabis Act was signed into law, Canada’s Parliament allowed for dried flower and cannabis oils to be purchased — and nothing else. This was probably done simply to streamline the bill through the House of Commons and the Senate. This meant other forms of consumption, such as edibles, vapes, concentrates, and infused beverages, aren’t legal for sale.

The expectation among the industry and Wall Street is that Parliament will discuss options to expand cannabis alternatives in 2019 and approve those options. However, the important thing to note is there isn’t a concrete timeline as to when this will happen. The stock market has priced these stocks as if it’s a certainty that cannabis-infused beverages will be legalized next year, when in reality, it’s far from certain.

Secondly, you might be unaware that, in spite of a handful of high-profile infused-beverage deals thus far, most brand-name companies still are leery of entering the cannabis space.

In August, Molson Coors Brewing Co. (NYSE:TAP) announced that it was forming a 57.5%-42.5% joint venture with HEXO Corp., presumably to create a line of infused beverage products. Molson Coors has seen declining North American beer sales, whereas HEXO is looking for added relevance in a crowded cannabis field, so the joint venture made sense.

We also saw Corona and Modelo beer-maker Constellation Brandsannounce a whopping $3.8 billion investment stake in Canopy Growth Corp.in mid-August. Though an investment is different than forming a joint venture, infused beverages are almost certainly on tap for Constellation and Canopy.

But for as many high-profile deals as we’ve seen, others have waffled. In September,Coca-Cola (NYSE:KO) was purportedly in talks with Aurora Cannabis (NYSE:ACB) about taking an investment in the company and/or forming a joint venture for CBD-infused beverages. Coca-Cola has very deep pockets and a presence in nearly every country around the world, while Aurora Cannabis is projected to be the largest producer at peak yield (570,000 kilograms). Yet Coca-Cola has had discussions with cannabis growers prior to Aurora that didn’t lead to a deal. For the time being, it has chosen to remain on the sidelines.

The same can be said for Walmart, which has tinkered with the idea of selling medical cannabis products in Canada. Though not specifically focusing on infused beverages, Walmart has shown interest in the cannabis industry but has chosen to watch from the safety of the sidelines in the meantime.

3. Competition could be fierce, meaning CBD-infused beverages may not be much of a needle mover

You also should understand that if CBD-infused beverages are given the green light sometime in 2019, competition is probably going to be fierce. Unlike concentrates, which require special facilities to produce, the infrastructure already exists (with some slight modifications) to produce infused beverages on a mass scale. This suggests that there could be some degree of pricing pressure and commoditization — though not to the same degree as dried cannabis flower — in the future.

The bigger concern is that this competition and potential for commoditization could drive down margins and ultimately make CBD-infused beverages a non-event for pot stocks, at least in their bottom line.

For instance, earlier I mentioned how New Age Beverages Corp. and India Globalization Capital had soared after announcing their entrance into CBD-infused beverages. Yet New Age Beverages’ existing line of products is on pace to a see an organic revenue decline this quarter. Even if CBD beverages help push sales higher, the company’s cost to produce and market these products likely will keep it from earning a profit.

Even giants like Molson Coors may not see the desired effect of incorporating CBD-infused beverages. As competition increases, margins are likely to decline. Already generating $11 billion in annual sales, CBD-infused beverages are unlikely to represent more than a sliver of its total sales.

In other words, investors are probably overhyping CBD-infused beverages and their eventual impact. 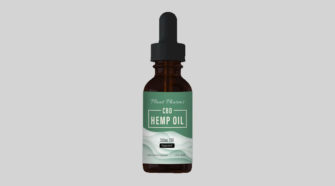