Alabama Gov. Kay Ivey held her weekly briefing Monday with state legislators to update them on the state’s COVID-19 response and plans for reopening the economy.

Ivey told the legislators that less than 1 percent of Alabama residents have been tested for COVID-19. Despite Alabama implementing a controversial stay at home order two and a half weeks ago, the state has experienced a 50 percent increase in deaths and hospitalizations within the last 10 days. Approximately one thousand healthcare workers have tested positive and have had to leave their place of employment.

Due to the ballooning unemployment applications, the Alabama Department of Labor is working nights and weekends to process claims and is working to ensure that all claimants who are eligible for benefits will receive them.

Alabama State Health Officer Dr. Scott Harris told the group that Alabama has had over about 5,000 positive tests for COVID-19 with more than 160 deaths. More than 170 Alabamians tested positive for the disease just yesterday.

“We do not have an adequate supply of quick test machines,” Harris told the legislators.

Mobile is a hotspot. As testing has increased there, the state has seen a significant increase in the number of cases.

The White House guidelines provided solid criteria to re-open each state, including 14 days of downward trajectory in the number of COVID-19 cases and having the hospital capacity to handle cases, etc.

Harris said, “We feel like that is a solid plan and are working hard that Alabama can satisfy the federal requirements.”

The committee was put together in the middle of last week and was tasked with reviewing various reports and informational sources and to get recommendations back to Harris and Ivey by Monday, April 27.

Butler said that the committee has read through and reviewed the White House recommendations and the Alabama Small Business Commission report. Recommendations by the Alabama congressional delegation are expected on Wednesday.

Pate said that there were challenges with the critical infrastructure designation. Lots of industries, for example, garden centers, veterinarians, poultry producers, etc. asked to be included, and they were. Farmers markets were concerned that they could not initially stay open. The state of Alabama did allow the farmers’ markets to open with social distancing protocols. This was important for small businesses and the food supply chain.

“Alabama agriculture is 100 percent fully functional and has a solid food supply chain,” Pate assured the legislators. “Food safety is critical.” With food safety, it is understood that food has to be thrown out if power is out for too long, due to the recent storms.

Pate said that he is participating in weekly phone calls with Secretary Purdue at USDA, The White House, and the AG Alabama Coalition composed of poultry and egg producers, grocers, truckers, forestry, cattlemen, etc.

Pate said that the state’s food banks’ biggest problem is having enough cold storage to store the perishable food items being given to them. There is plenty of meats, poultry, and eggs that are trying to funnel to the food banks; but many of the lack adequate cold storage facilities.

Fitzgerald Washington is the Secretary of Labor.

Washington reported that last Friday it was announced that, March unemployment was 3.5 percent, which is up from 2.7 percent in February. The full impact of the mass layoffs will be seen in the April and May numbers.

Washington said that all labor agencies have had a challenge because the federal government has been slow in the guidance of how the CARES Act can be administered. The $600 per week federal stimulus unemployment benefit is allowable from March 29 to July 21 only. The states did not receive clear federal guidance on how to pay the $600 until April 7. Alabama paid out $40 million in benefits one day later. That includes $275 in Alabama benefit with the $600 federal stimulus. Alabama was one of 5 states to pay the stimulus upon receipt of guidance.

Washington said that the Alabama Department of Labor staff have answered a lot of questions.

One constituent stated that they repeatedly tried to call ADOL but could not get a response. “Keep trying.” We have implemented a call center to help. Also send emails. If you are self-employed, employed by a government entity, or worked for a nonprofit, you are automatically denied. ADOL will redetermine and will pay retroactively. If a legitimate denial, file an appeal.

Direct deposit will be the fastest way to receive benefits. ADOL also issues debit cards, which will take an additional 5 to 7 days to receive. ADOL launched unemployment tracker last week.

“We only have a limited number of experienced staff to answer highly technical questions,” Washington said. Lawmakers and others should email to ADOL.

316,000 unemployment claims have been filed. ADOL has paid out over $208 million in claims and $132 million in stimulus relief since April 8. Almost 40 percent of those who have filed claims in Alabama have been paid. Other states are in single-digit numbers.

Washington said that ADOL has a responsibility to protect the safety of its employees. Employees have had their lives threatened by irate constituents and have also been verbally threatened and called names in various parts of the state. ADOL will prosecute threats to the fullest extent of the law. Our staff “Is working tirelessly to meet the demand to process the claims. Folks are getting paid.”

Alabama Department of Corrections (ADOC) Commissioner Jeff Dunn said that ADOC has recently had notification of inmates testing positive for COVID-19. ADOC put out a public release on Friday that three inmates tested positive. There are only two states in the U.S. with no positive inmates as of Thursday. As of Friday, Alabama had three inmates test positive. One was in the hospital at the time for 23 out of the past 24 days with a terminal illness. He contracted COVID-19 and then passed away a day later. A St. Clair inmate is at a hospital receiving treatment. He is not on a ventilator, and is improving. The inmate was in a small, secluded part of the prison, which is now quarantined. At Bullock, a small dormitory that that the third inmate lived in is now under quarantine.

Dunn said that a resumption of the modified intake pilot program starts April 21. “We want to avoid introducing new inmates that can potentially have COVID-19.” We set up a system, which we will test and refine over the next two weeks and adjust appropriately.

Dunn said that he has shifted textile manufacturing to making masks. As of this week, every inmate should have two protective masks to wear. Within two weeks, each inmate will have four. The staff also has masks. Part of ADOC’s production capability has been switched to create protective gowns. Have enough PPE for the foreseeable future and more on the way. There has been strong support from advocates and the faith-based community for hygiene items for inmates.

Dunn said that if inmates test positive, ADOC is taking immediate actions to ensure the health and safety of staff and other inmates. The area is immediately quarantined. Follow-on action is to ensure appropriate isolation and quarantine zones are created and any additional surveillance is conducted. This is done by rapid response teams created in each facility.

“The number of inmate positive tests is low, and we are taking every CDC guideline for correctional facilities,” Dunn said. ADOC has tested 53 inmates. Three tested positive. Eight ADOC employees self-reported that they were positive. ADOC tests when a doctor requests a test and under CDC guidelines.

Admiral Kent Davis is the Commissioner of the Alabama Department of Veterans Affairs.

Admiral Davis said that all 51 veterans service offices have been closed to the public since late March. All veterans can still receive counseling via telephone. The burials in Spanish Fort are casket burials for now. Families can reschedule for future ceremony with appropriate military honors. The state veterans homes are ok on PPE and staffing now right now; but warned that there will not be enough if numbers of COVID-19 positives go up.

Davis has requested supplies of PPE from the federal government.

Admiral Davis said that the patients who tested positive are either completely segregated in the facility or were transferred to another facility. The Alabama National Guard (ANG) has put together a task force for sanitizing procedures.

The Alexander City veterans home is where there were positive tests. Alabama’s other three homes have tested negative. The Department is sanitizing all homes.

Davis said that Alabama Medal of Honor recipient Bennie Adkins passed away last week of COVID-19 and is being honored. 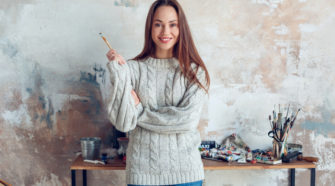