Crawling in last, Lithuania is definitely no leader in the fight for cannabis legalization.

When it comes to cannabis there are many different interests at play, by many different parties. The medical world is looking for cures, and promoting legalization at least for medical use, giving patients with different illnesses a way to better their situations. Of course, non-medical growers and retailers are pushing for full legalization and always have an eye on the ever-changing laws surrounding full cannabis ratification.

Some people are most interested in the extraction of specific cannabinoids, like CBD, CBN, or CBC, and the laws that govern which parts of a plant might be legal, and whether extracting parts of the plant are legal. And still others are concerned with hemp as an industrial product, and are most concerned with their ability to simply grow the plant for industrial use.

While some EU members states have jumped at opportunities to update their cannabis laws to allow for more of these uses to be legal, particularly for medical and industrial use, other member states have taken much longer to come around, with Lithuania being at the tail end.

Lithuania is not one of the more forward-thinking countries when it comes to cannabis. At pretty much every juncture the EU country has dragged its feet, often coming in last of the EU member states to show progress.

For example, back in 2013, Lithuania was the very last of the EU member states to legalize hemp for industrial use. As in, not until 2013 (and only going into effect in 2014) did Lithuania come around to the concept that hemp – with its virtual lack of THC – isn’t even a threat to teenagers getting high. As in, it took all the way until 2013 for Lithuania to stop voting against their own interests just in the ability to produce a highly marketable and versatile commodity.

What about medical cannabis?

While other EU member states were quick to pass medical marijuana laws, Lithuania avoided it for years, only finally coming around in October of 2018, with the laws officially going into effect in 2019. Funny enough, Lithuania’s announcement came not long after the UK also decided to legalize cannabis for medical use, but the UK’s upwards of 60 million strong population made it a much bigger story than the measly 2.8 million population of Lithuania.

The difference was more in the fact that for Lithuania – which had been beholden to extremely oppressive drug laws – this was actually a pretty big deal. Of course, when it finally did go into effect in 2019, it actually wasn’t made available anywhere, and no drug store carried any cannabis products. Sometimes even when progress is made, it moves rather slow.

The law was actually passed 90-0 with three abstentions, and was signed off on by Lithuanian president Dalia Grybauskaite afterwards.

The Legal Landscape Of CBD Hemp Flower In Europe

How cannabis is governed in Lithuania

In Lithuanian the law that covers illegal substances is the Law on Control of Narcotic and Psychotropic Substances. It dictates the classifications of substances, regulations for medical use, and the criminal code that specifies punishments for infractions. In 2017, the laws were lightened concerning cannabis, essentially decriminalizing personal use, although without that wording, and with a bit stricter rules.

As of 2017, a small amount of an illegal substance that is not meant for sale is a misdemeanor criminal offense, but one that is only punishable by community service, a restriction of liberty, or an actual arrest although without a prison sentence. Again, while it is not considered decriminalized, similar laws can be seen in countries that consider such standards to be a decriminalization.

The distinction between personal use and intent to sell is seen in the punishment, which for non-personal use can be up to two years in prison. This is very recent though, and came after a much-maligned tightening of laws that led to protests by the people.

Protests by the people

It should be noted that this 2017 legislation was not cut and dry, and led to amendments which worked to stir things up in Lithuania and lead to protests. Over a couple years there were a couple different protests. The first protest came in 2016 and happened outside the Lithuanian parliament on April 20 (4/20 – which coincided with the United Nations General Assembly Special Session).

The protest was organized by supporters of cannabis legalization called the Green Ring Society who were looking to involve the public in an open discussion about cannabis. This protest was not related to the subsequent tightening of laws as it came before the amendments to the penal code the following year.

It did, however, show that there was interest in changing these laws, and it did work to draw a lot of attention to the subject within the country. The group was sanctioned by the municipality for the ‘violation of public interest’, drawing attention from prosecutors who wanted to know the basis for this sanction.

The following year, another protest was held, carried out by the Organization of Liberal Youth. The rally was meant to demand lighter sentences for smaller amounts of drugs found on a person.  This was in response to an amendment from

October of that year (2017) which banned suspended sentences for certain crimes including drug crimes, meaning that being caught with a joint could now mean substantial jail time. Essentially laws were introduced to lighten sentences, and then amendments were put in which went against this.

The October 2017 amendments to the penal code (which drew the ensuing rally) were intended to be tougher on crime in general, particularly corruption offenses and major crimes, however it did classify the distribution of small amounts of narcotics as a serious crime. According to the Republic of Lithuania Penal Code, smaller amounts of narcotics distributed carries a jail sentence of 2-8 years, while the distribution of large amounts incurs a sentence of 8-10 years.

One of the many issues with these amendments is that they did not define distribution making it the same crime to sell marijuana to a group of people as it would be for one person to share a joint with a friend. For obvious reasons, this created a lot of problems. Teenagers sharing a joint were essentially being put in the same boat as major drug traffickers.

How much these protests had to do with the subsequent changes in medical cannabis law, as well as re-instituting the lighter sentences for personal use laws, is hard to say, but it sure seems likely that public ordeals of this nature could very well have helped push the laws forward.

With smaller countries such as Lithuania, there just isn’t as much attention on what goes on, and sometimes their advancements or failings don’t get a lot of press coverage outside of the actual country. Unless they went ahead and legalized cannabis use entirely overnight, it’s unlikely that a whole lot of attention will be put on Lithuania or their own struggles with finding a legal framework that works to effectively govern cannabis use.

It does say something though that one of the countries to truly be at the back of the EU line when it comes to updating cannabis laws has made some extreme progress (along with a fallback, followed by more progress). Within 10 years, Lithuania did (finally) legalize industrial hemp use, create a medical marijuana program, and work to reduce punishments for those accused of minor cannabis crimes. There might still be plenty of progress to be made, but at least it seems that for now Lithuania is heading in the right direction.

Here at CBDtesters we’re happy to keep you updated on everything CBD and cannabis-related. Check back often and subscribe to the CBD Business Weekly Newsletter to stay up to date on everything in the world of legal weed.

Next Hemp is not marijuana, and vaping is not harmless | Opinion - Lewiston Morning Tribune 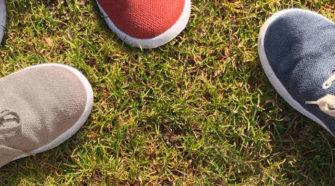